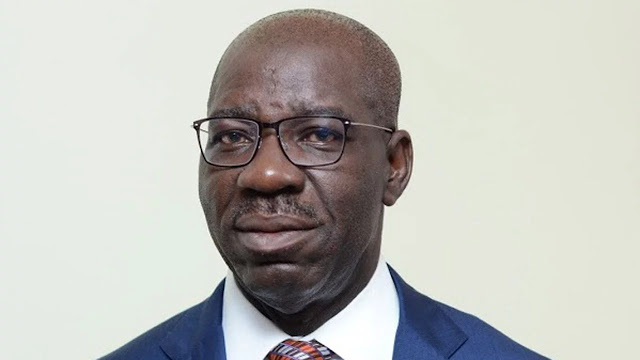 Edo 2020 will produce a lot of surprises and it has already started as Naija News NG can confirm that Governor Obaseki is about to crash the Edo APC chapter .

Tony Aziegbemi the Chairman of PDP Edo State chapter confirmed to NAN in a interview in Benin that Governor Obaseki is about to jump political ship and will do so in a grand style.

Azieggemi said Obaseki’s deputy, Philip Shuaib, and the All Progressives Congress (APC) chapter would also abandon ship with their boss.

Aziegbemi said the governor, “his deputy and the entire APC structure in the state will be joining PDP soon”.

PDP Edo Chapter chairman revealed that they have been in touch “in the last few days”.

Aziegbemi assured that by Tuesday 16th June 2020 , he would “be able to confirm the exact date he (Obaseki) will be joining the PDP, along with his team.”

He added that he was not “aware that the governor has obtained our party’s membership card.

“I can also say that there is no automatic ticket in the offing for him at all”, Aziegbemi said.

You would recall that the political bad blood between Obaseki and his predecessor , Adams Oshiomhole, led to Obaseki’s disqualification at the June 22 APC gubernatorial primary .

Godwin Obaseki has since maintained that he was deliberately ousted by his former friend .