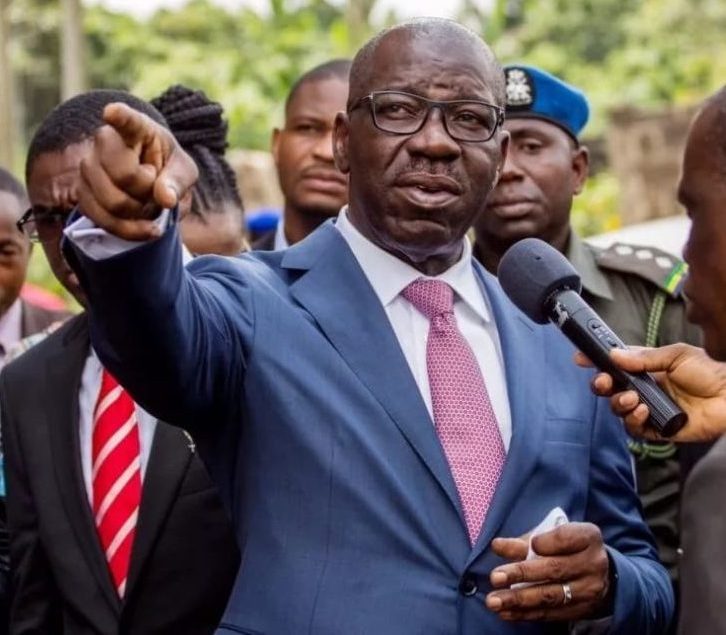 The PDP has confirmed that Governor Godwin Obaseki has registered as a card carrying member of the umbrella party in a bid to pick the party’s gubernatorial ticket .

Naija News NG reports that Godwin Obaseki’s interest to contest in Edo 2020 governorship election slated for September was almost dashed when the then Adams Oshiomhole led APC disqualified him from partaking in its primaries.

On Monday, the Governor and his team resigned from the All Progressive Congress, APC, to pursue their interest else where.

Mr. Tony Azegbemi, Chairman of the PDP Edo State chapter confirmed that Godwin Obaseki has registered with the party, “We are ready to welcome Governor Obaseki and we are excited he is joining our party.”

According to him, “At the moment, Obaseki is in Abuja, but his card is ready and he has already registered with our party in his ward.”

He said after a meeting with the party’s State Working Committee it has been affirmed that the party is welcoming Obaseki with open arms.

“I just finished a State Working Committee (SWC) meeting now, where we affirmed that we are welcoming him with open arms to our party.”

On the Governor’s chances of flying the party’s flag during the Edo 2020 gubernatorial election, he said the Governor will go through PDP’s constitutional processes.