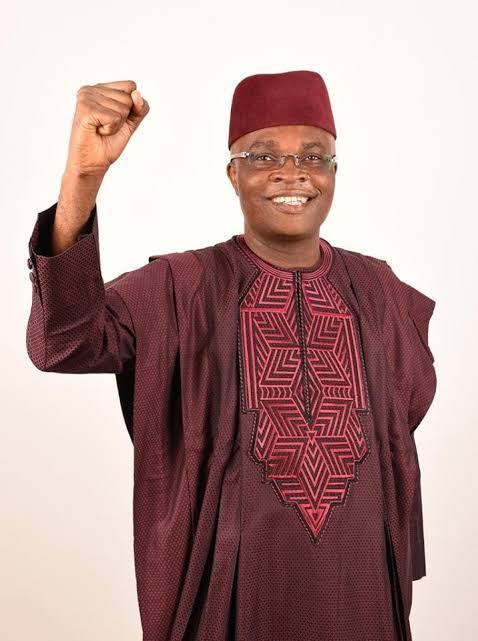 Edo guber presents the next challenge for Godwin Obaseki after decamping to the PDP. Mr. Kenneth Imasuagbon has expressed his position on stepping aside for Obaseki.

Naija News NG reports that Kenneth Imasuagbon has said that the contemplation of him stepping aside for Obaseki who just joined the party is preposterous after his 16 years struggle to become governor. The coast is not clear for Obaseki to contest the Edo guber in PDP.

Imasuagbon said, “The contemplation of me stepping down is preposterous. You can’t ask me to step down after my (political) struggle for the past 16 years. Why? How do I explain that to the people who laboured for me in the past 16 years? Even in the dream, I can’t have such a thought.

“Nobody should reach out to me. That is of no value to me. There is no advantage to him (Obaseki). Let there not be intimidation or any form of manipulation of the process by the leadership of the party at the national level,” he said during an interview with one of our correspondents on Friday.”

He added that the PDP will be making a great mistake by giving Obaseki the party’s governorship ticket for Edo guber . According to him the Governor’s administration has left much to be desired. You would recall that Imasuagbon lost to Obaseki in 2016 APC governorship primary.

Commenting on the war between the Governor and Oshiomhole, he said it is the nemesis of imposing the former on APC in 2016.

Imasuagbon said, “It (Obaseki’s government) is a failed administration because he has not delivered on his promises. He promised 200,000 jobs but he has not been able to deliver them. Schools and hospitals are dilapidated. There are security concerns everywhere. The roads are still bad and some members of the House of Assembly have not been inaugurated.

“Nobody has the kind of appeal that I have. You can sample the opinions of Edo people about the ‘Rice Man.’ Ninety per cent of Edo people want me to become governor. But a few elite who are not up to 0.5 per cent are standing in my way. But God will remove them for me to pass. If they manipulate the results, they will face the consequence. I told Oshiomhole when he brought Obaseki in 2016 that God would fight for me.

Where are the godson and the godfather today? The crisis within the APC between the governor and Oshiomhole is as a result of the injustice they did to me. Nemesis has caught up with them. If the PDP does the same, there will be consequences.”

The body language people are seeing now is that one of the contestants, Mr Gideon Ikhine, will step down for the Obaseki to pave way for him to contest Edo Guber in PDP.

Lai Mohammed Disgraced At An Event In Lagos By Police Officers