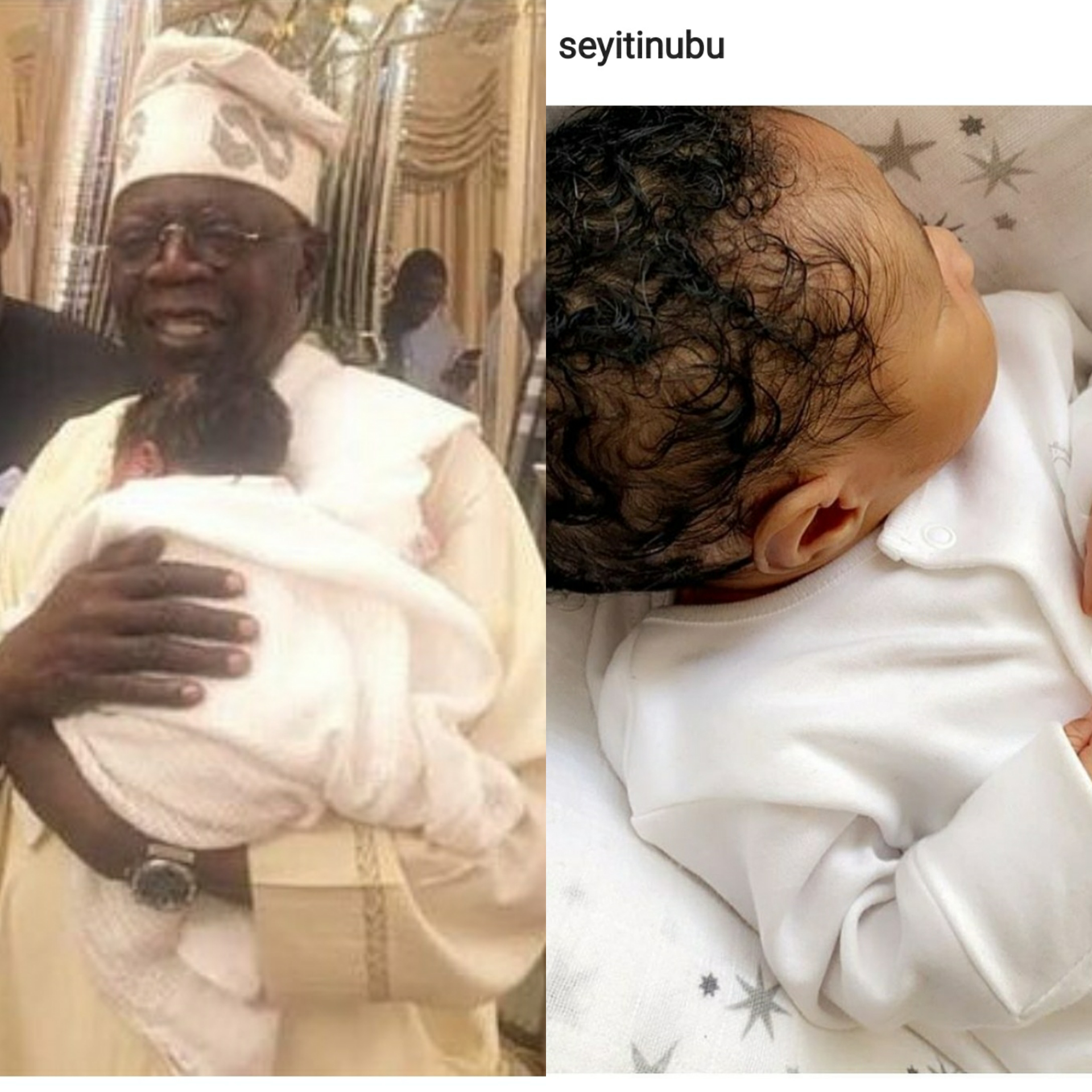 The current situation of things all over the world failed to take the shine off the christening of Seyi and Layal Tinubu’s new born son, though the new born grand-parents could not come physically to the naming ceremony due to the pandemic induced travelling ban, they were virtually present, as they all imputed their own choice of name for the baby.

Asiwaju Bola Ahmed Tinubu Named the baby Bolatito, after himself and the rest of the names are Ayyan, Tobias, Jidenna, Oluwaseyifunmi, James, Akanbi Tinubu. According to source present on the online christening the astute politician was full of joy as he gladly proclaimed that the latest addition to his family will now be answering to his own revered initials B. A. T which stands for Bola Ahmed Tinubu.

Meanwhile a very happy Seyi was full of thanks to God for the safe delivery and full of admiration for his darling wife who he explained carry and nurture their bundle of joy safely for 9 months and keep him safe even during the global pandemic and is also taking care of the elder sister even when he was not physically present.

Since the birth was announced last week, congratulatory messages has been trooping in from different people and nations.