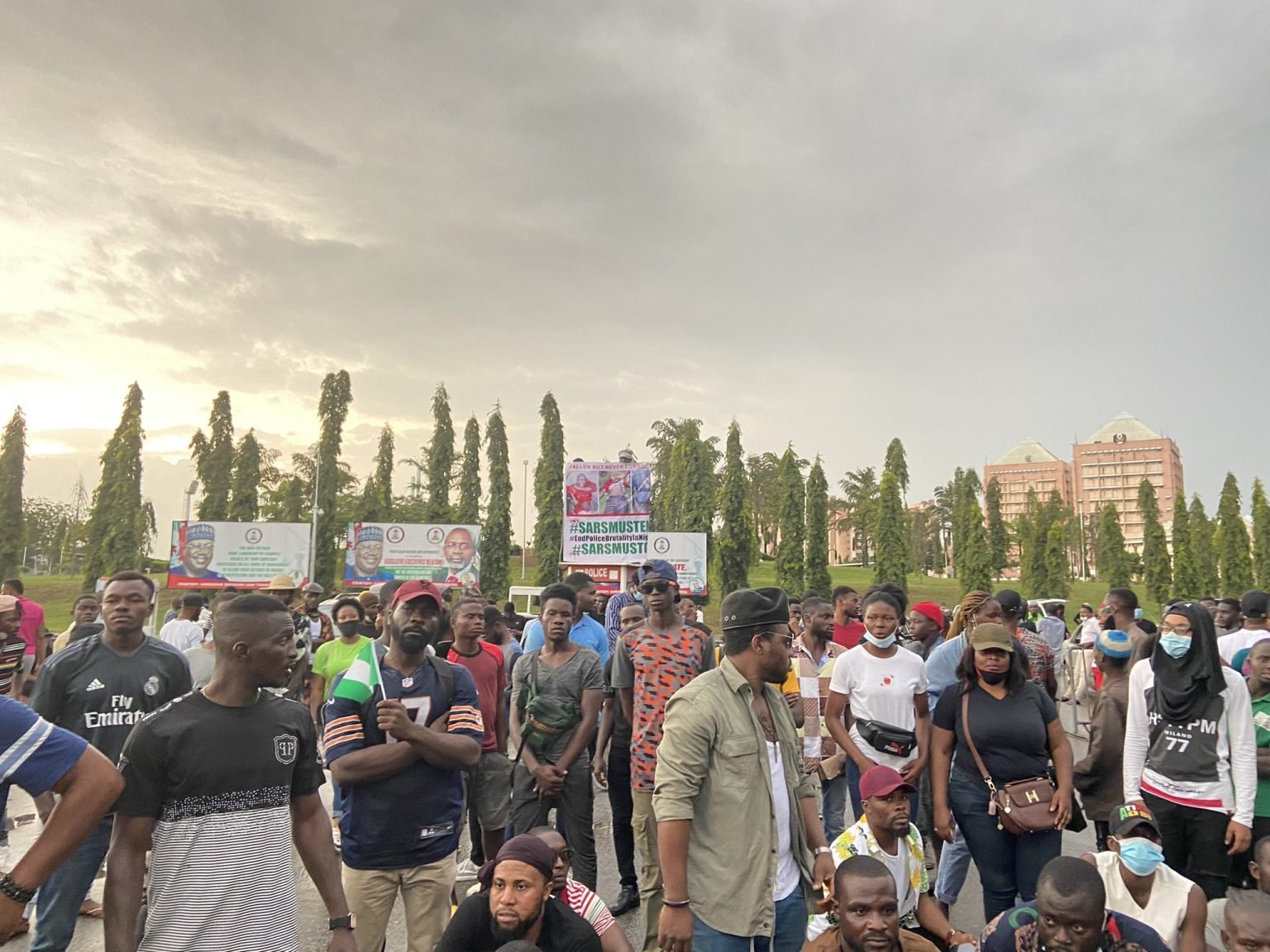 End SARS Abuja protesters have taken over the entrance of the National Assembly under the rain, after they were attacked at Berger.

NAIJA NEWS NG reports that End SARS protesters moved in hundreds and a long convoy of vehicles some of which were smashed by hoodlums at Berger.

Adebayo Raphael who is one the protesters gave an update on Twitter .

“SP U. A. Sambo just asked us to wait for him to check if there are any legislators in either of the two chambers.

“The National Assembly must commit to fix our damaged cars, otherwise we sleep here and continue our #EndPoliceBrutality protests”, he tweeted.

It was reported that hoodlums attacked the protesters in Berger , the hoodlums stormed the rally ground and smashed cars, pounced on individuals in a coordinated manner.

WE ARE FINALLY AT THE NATIONAL ASSEMBLY INSIDE THE FREAKING RAIN!!!