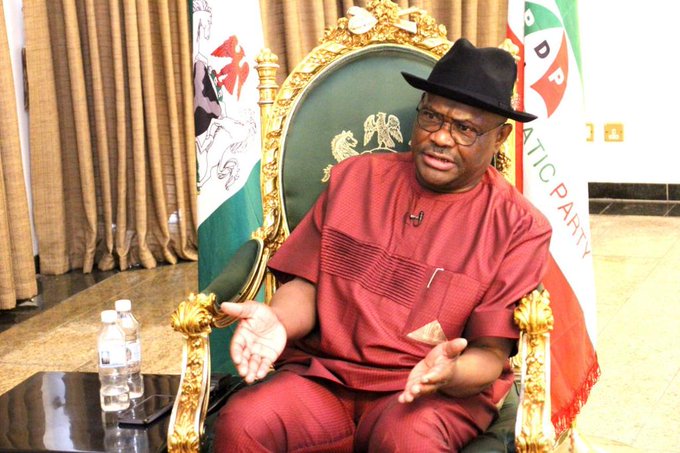 State Governors cannot take charge of Tactical Commands because they cannot employ or discipline anyone who errs.
In Rivers State, we set up a Judicial Commission of Inquiry that indicted SARS officers. Instead of the Police authorities punishing the indicted officers, they shielded them and even promoted one to the rank of an Assistant Inspector General.
Now the Federal Government wants us to set up another Commission of Inquiry when the report of the last one we set up was not implemented.

I acted on intelligence to ensure that #EndSARS protest In Port Harcourt was not hijacked by miscreants.

If I did not support it, I would not have addressed the protesters who are demanding a change in the way the Federal Government conducts the affairs of the country.”

Watch a clip from the interview below :

Governor Wike alive on AIT news now! The world needs to see this, Nigeria needs to see this! The Federal Government is playing politics with us! #EndSARS #ENDSARS #EndPoliceBrutalityNigeria pic.twitter.com/DJ7vGOwKct