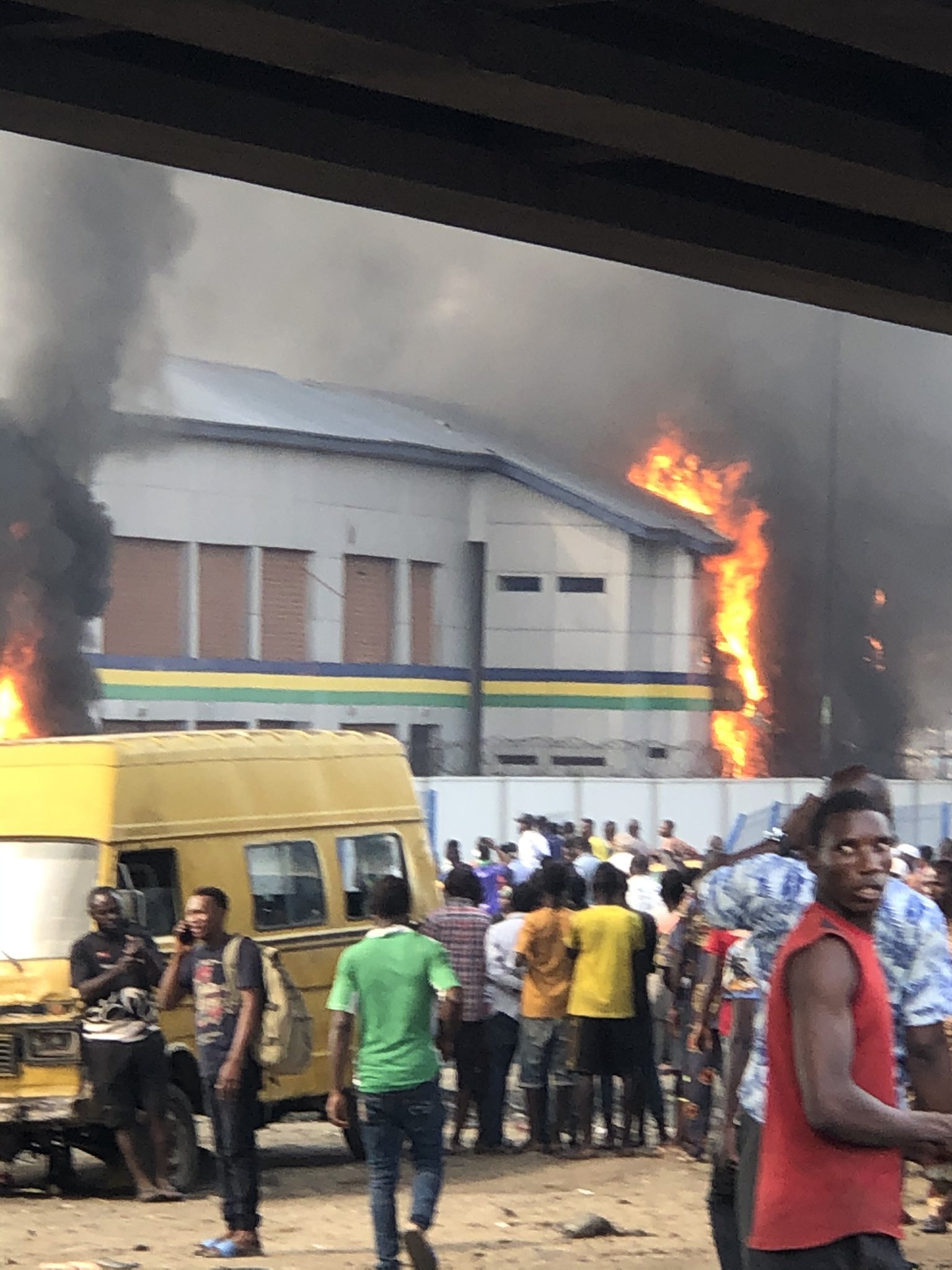 Thugs have set a Police Station in Orile Iganmu on fire moments ago in Lagos State. The police station was earlier attacked by thugs.

Police officers were shooting recklessly to prevent them from entering . Naija News NG can report that the thugs finally set the police station on fire. See more picture below:

Thugs have set a Police Station in Orile Iganmu on fire moments ago in Lagos State. pic.twitter.com/MUU1OXTaiN