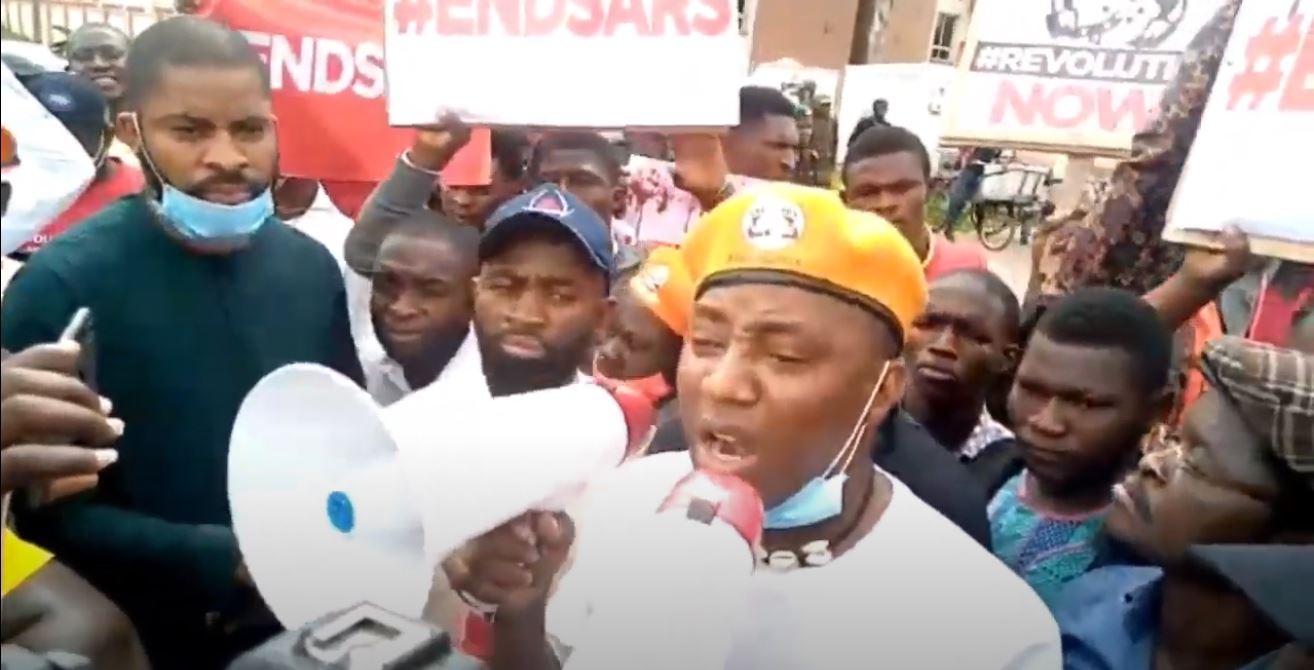 The reports angered Nigerian youths who have accused of him trying to hijack the protest for his own selfish interests. Read their tweets below :

“Dear SOWORE please don’t endanger the lives of Nigerians any further. Tell your foot soldiers to keep that orange beret and revolution now talk at home. Don’t give police the initiative to go violent. and
@SaharaReporters
take down that misleading headline down.”

“Yele Sowore is a fraud. I’ve said it before and I’ll say it again. Interviewed him twice as a journalist for CNN. The man has a hero complex and it’s funny because he has no practical solutions for anything.

He does not and will never speak for me or mine.”

“I told you guys this Sowore thing, when Bush comes to shove all they care about is themselves.

If they are not benefiting from it, they don’t care.”

“Sowore and Deji should not be allowed to hijack this thing..gbewiri ni Awon bobo yen oo”

The least we could all do is respect his passion… Enough with the slander…. It’s divisive…

THE BERETS ARE OUR COMRADE”

Ibrahim O.
@thedakblak
“Someone needs to tell Sowore and others with hidden agenda that we know what we want. No dey use us push your selfish agenda.

The message is clear #EndSARS”

“The
@MBuhari
regime is fully out with a social media war to divide & distract #EndSARS protesters. Don’t fall for it! First, it was a statement from an individual credited to NANS and now it is an attack on Sowore. Be focus as the hashtags remains #EndSarsNow #EndPoliceBrutality”