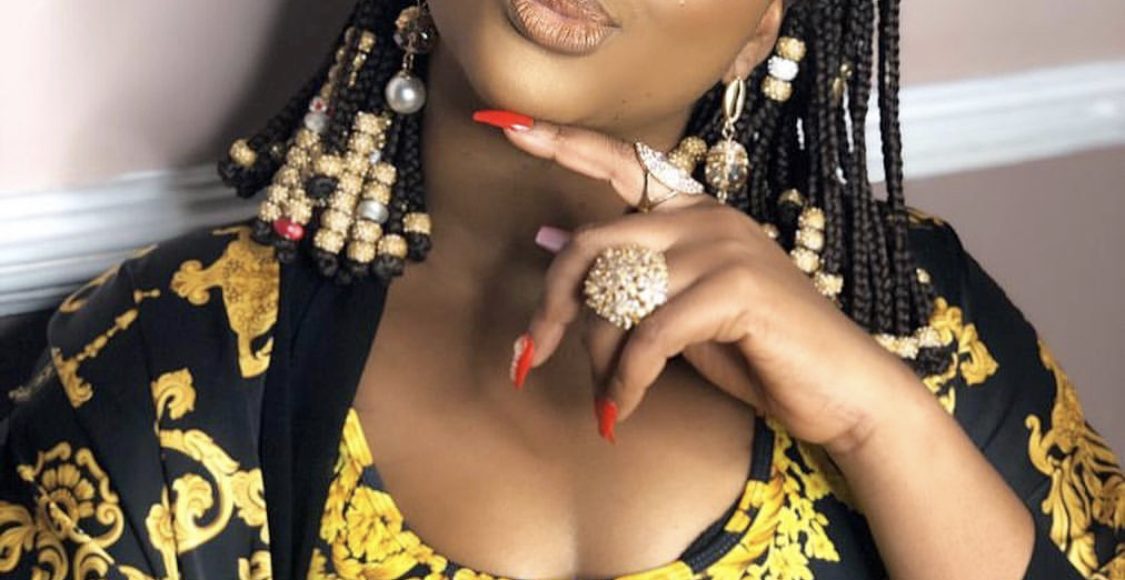 Etinosa Idemudia, Nigerian actress, has played down age difference in a relationship, saying she is actually dating someone who’s 10 years younger than her.

She said this while speaking about her love life with The Sun.

The actress went on to disclose further details about her ‘boo’, saying he has lived beyond expectations in terms of their sexual intimacy.

“At first it was a bit awkward but I don’t know, I guess, age is nothing but a number. Trust me. There is nothing small about him down there; he is huge!” said the Edo-born movie star in what appeared to be her description of the size of her boyfriend’s manhood.

Etinosa said their relationship kick-started after the duo met in a studio. She added that while she earlier nursed reservations about making the relationship public, her yet-to-be-identified boyfriend’s knack for showing off their affair informed her decision to finally open the lid on the union.

“It is one of my best kept secrets but I want to get it off my mind. I have been hiding my relationship for a while but my boyfriend has refused to hide it and I really love him,” she said.

“The truth is, I am dating a guy 10 years younger than I am. Our love affair started in a studio. He was so confident and I loved his voice. At first, I thought it would just be for fun but I grew to deeply feel something for him.

“Right now I am ready to marry him if he proposes. I love his energy, his vibe. He is so much fun. An older person would be more serious and less fun but my Morien is full of life. He is adventurous and serenades me right after he pisses me off.”

The actress recently gotmany infuriated on social media after threatening to use the Quran as ashtray — as she earlier did with the Bible.

She however, dismissed rumours that her parents disowned her for using the Bible to smoke.

M“That’s a big lie. The thing just tire me. The blogger also said my mum was ill. God forbid! My parents didn’t find it funny because they are pastors. They were pissed-off! In fact, it was because of them I tendered the apology just to make them happy,” she said.

I Rather Die Than Decamp To The Almajiri Peoples Congress (APC)