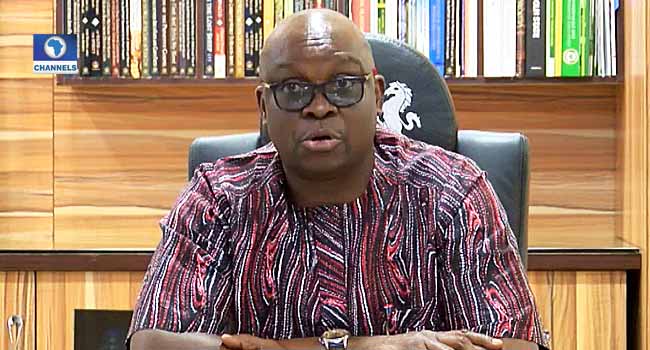 Ayo Fayose has said that he will be surprised if President Muhammadu Buhari honours the invitation by House of Representatives over insecurity.

NAIJA NEWS NG reports that the leading voices who demanded that President appears before them should expect EFCC invitation and the freezing of their accounts.

Fayose added that they should expect to be arrested for trying to bring down a legitimate government. Fayose said this on his Twitter page.

”I will be surprised if the President honours the House of Reps invitation. The National Assembly that is supposed to be representing the people should know by now that in the eyes of this President, they only exist on paper because they are mere toothless bull dogs.

Some of those Rep members at the forefront of the invitation of the President to appear before the House should expect EFCC invitation, freezing of their accounts or arrest for plotting to bring down legitimate government of the President. I warned.”