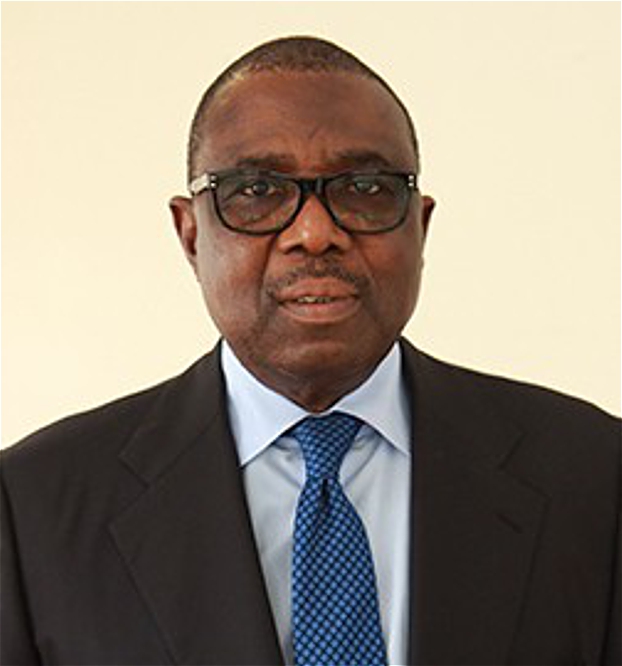 Fidelity Bank Plc. has announced the appointment of Mr. Ernest Ebi as a Non-Executive Director and Chairman Designate of the Board of Directors, Fidelity Bank Plc. This follows the retirement of the erstwhile Chairman of the Bank, Chief (Dr.) Christopher Ezeh who, after over 11 years of meritorious service to the Bank has retired, having attained the retirement age for non-executive Directors in line with the Bank’s policy. The Board also approved the appointment of Mr. Charles Chidebe Umolu and Mr. Kings C. Akuma as Non- Executive Directors of the Bank.  These appointments are subject to the approval of the Central Bank of Nigeria (CBN).

A Fellow of the Chartered Institute of Bankers of Nigeria, Mr. Ebi has participated in several Management Development Courses both locally and overseas in the areas of Strategic Planning, Financial and Risk Management amongst others. Some of the notable leading institutions where he received Executive education include  IMD Switzerland, Harvard, Oxford-Said Business School, amongst others.

He started his working career in the United States of America (USA) as an Accounts Technician with the National Association of Counties, Washington DC in 1976 and subsequently worked at the Federal Savings & Loans Association Washington DC where he served as the Assistant Vice-President Community Federal Savings & loans Association. In a very distinguished career within the financial services industry, Mr. Ebi went on to serve in leadership positions in various notable banking sector organizations where he acquired mastery of executive leadership, financial goals delivery, business management, human resources capacity building, and general business performance management. He served as the Chairman of Deputies of the Group of Twenty-four countries (G24 countries) and as Director of Afromedia PLC until July 28, 2015.

He serves as the Member of the Governing Board of Venture Garden Nigeria and has been an Independent Non-Executive Director of Dangote Cement Plc since January 30, 2014

Apart from the corporate world, he has served extensively on many for profit as well as not-for profit Organisations. He supports Worldvision and is also involved in various other humanitarian causes, especially in fundraising to promote its programs across the nation.

Mr. Ebi attended Holy Ghost College Owerri from 1970 and Howard University, Washington DC, where he graduated with a Bachelor of Business degree in Marketing in 1978 and a Master’s Degree in Business Administration in 1979. He is and holds the National Award; MFR. Mr, Ernest Ebi  is married with kids.

Kings C. Akuma is currently the Managing Director of Hammakopp Consortium Limited (an Affiliate of Nestoil Group Plc). He holds a Bachelor’s degree in Accounting (1984) from the University of Nigeria, Nsukka (UNN) and an MBA from the University of Lagos (UNILAG). Akuma who is a fellow of the Chartered Institute of Taxation of Nigeria has hands-on extensive managerial experience in the oil & gas services operations, relationships, security and community management spanning over 10 years.

Some of the major accomplishment Akuma recorded as MD of Hammakopp include: Execution of various road projects including 8km road in Okija; 10.5km road in Ichi near Oraifite; 6.5km road in Utuh all in Anambra State; 4km internal road for Nestoil in Port Harcourt, as well as the construction of staff quarters with full facilities; installation and commissioning of 80ton/hour and 84ton/hour Asphalt and Concrete Batching plant valued at over N500 million, etc. Regarded by his peers and contemporaries as a thorough-bred strategic change management specialist with core competence in organisational structure and financial due diligence review, Akuma grew Hammakopp’s turnover from N800 million to close to N1.8 billion within one year.

Mr. Charles Chidebe Umolu, presently a Managing Consultant with Corimol Nigeria Limited and a Chief Executive with Corimol Consulting Limited has over 18 years cognate experience in banking. He was trained as a banker by Morgan Guaranty Trust Company of New York (USA). He obtained a Bachelor’s degree in Economics (1973 – 1977) from the University of Ife, Ile Ife. Umolu also bagged an MBA (1978 – 1979) from the same institution. His successive academic records earned him a National Scholarship in 1974 and a University Scholarship in 1975 where he obtained a distinction in Economics from the University of Ife, Ile-Ife. Major training programmes Charles attended include: Global Strategic Management, Havard Business School (June 21-26, 2015); Directors Consortium, University of Chicago, Booth School of Business (October 6-10, 2014); Finance for Executive Programme, Columbia Business School, New York (April 2013); High Impact Leadership Programme, Columbia Business School, New York, December 2-7, 2012, amongst others.

Mr. Charles has served on the board of various organizations as an Executive Director and a Non-Executive Director. He currently serves on the board of Profound Securities Limited – a subsidiary of the Nigerian Social Insurance Trust Fund (NSITF). He was the Managing Director/CEO of Comet Merchant Bank Limited (1995-1997) a position he held until he resigned to join Corimol Nigeria Limited.

While welcoming the new directors, Managing Director/Chief Executive Officer, Fidelity Bank Plc.  Nnamdi Okonkwo said that their appointment is expected to contribute significantly to the new phase of the Bank’s growth trajectory. He also paid glowing tribute to the former Chairman and noted the passion, commitment and experience Chief (Dr.) Ezeh brought to the Board and expressed his gratitude for his immense contribution to the overall growth and development of the Bank.

He described him as an honourable member of the Fidelity family and praised him for working assiduously hard to fulfill the aspirations of the founding fathers of the Bank.  He wishes him well in all his future endeavours.