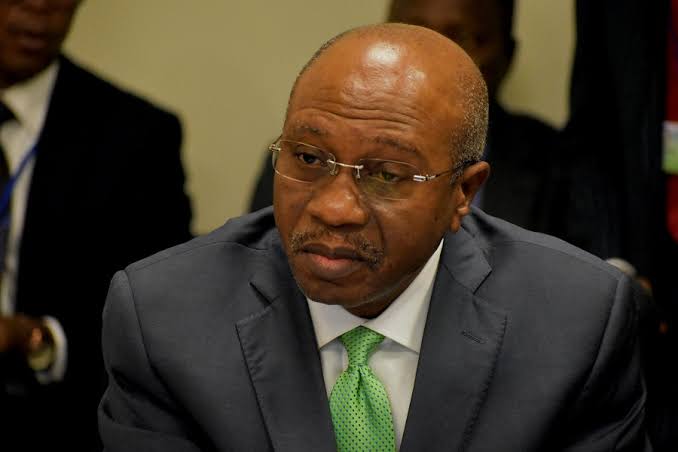 Two  weeks ago, an amorphous self-styled civil society organization known as the Abuja Grassroots Projects (AGP) called for the resignation of Godwin Emefiele, the Governor of Nigeria’s Central Bank. The Arewa Youth Assembly had made a similar call on September 20, 2021 for Emefiele’s sack.

The group, in a press briefing addressed by the co-ordinator of AGP, Comrade Ahmadu Yusuf called on the top banker to resign because of his inability to stabilize the country’s economy. The AGP also claimed that Emefielewas using his hidden agenda to discredit President Buhari’s administration through what the group termed “anti-people oriented policies”.

The AGP which asked Emefiele to resign by September 23, 2021 had even threatened to occupy the CBN from Monday September 27, 2021 so as to force the CBN governor’s resignation and save the country from total collapse.

Other interested parties have also weighed in on the poor state of the economy like former CBN governor SanusiLamido Sanusi  while those who have called for the sack of the CBN governor include sundry CSO organizations, and even the opposition Peoples Democratic Party (PDP). Below is a list of some of the “sins” heaped at the feet of Godwin Emefiele.

1. The PDP speaking through its publicity secretary Kola Ologbondiyan on September 23, 2021, called for the immediate sack and prosecution of Godwin Emefiele. The party noted that Emefiele’s tenure as CBN governor has been signposted by failures in executing his mandate as the man in charge of monetary and fiscal policies. The party also asked the Governor to vacate the office and hand himself over for investigation. The party noted that when Emefieletook office as CBN Governor in 2014, the naira exchanged for N164 to the dollar. Today, with Emefiele in the saddle, the naira has tumbled to almost N600 to the dollar, bringing the nation’s economy to its knees. According to Ologbondiyan “Our party insists that the tenure of Emefiele as CBN governor under the APC administration has witnessed colossal failures of monetary and fiscal policies, requiring him to vacate the office and hand himself over for investigation.”
2. Senator Akpan Udoedehe on Wednesday, September 15, 2021 while speaking on Channels TV programme“Politics Today” said that the CBN governor has supervised large scale stealing of money at the apex bank. The senator called on the Economics and Financial Crimes Commission (EFCC) to investigate and prosecute Godwin Emefiele as a matter of urgency. The CBN governor is yet to respond to the grave allegations made on national television.
3. Nigerians are still wondering what became of investigations into the leaked audio in which Emefielewas caught admitting to the loss of over N500bn in a botched private investment deal in Dubai. According to Sahara Reporters, the CBN governor did not deny the story instead he wanted the Inspector General of police to investigate and find out how the online platform obtained the audio.
4. Many Nigerians are suggesting that the CBN governor’s rumoured political ambition may be distracting him from carrying out his monetary and fiscal policy oversight functions. Speculation has been swirling that Godwin Emefiele is planning to run for President. So, many are wondering whether this is a case of politics standing in the way of fiscal and monetary policy? Is the Naira staggering under the weight of Godwin Emefiele’s ambition?
5. Young Nigerians declared Emefiele Enemy Number 1 since the CBN under his watch took a hardline stance against crypto currency transactions especially during and in the immediate aftermath of the #Endsarsprotest. They saw the apex bank’s move as anti-youth and retrogressive. The coming of e-Naira which was scheduled for an October 1, 2021 launch, is supposed to help ameliorate the situation and buy him good will from the younger demographic even as many are questioning the largely opaque process that led to the selection of Bitt Inc as the CBN’s partner in the e-Naira project.
6. But where eNaira is supposed to help assuage the young and tech savvy, younger Nigerians are currently up in arms following revelations that the CBN governor may be acting out a script to deny forexallocations for printing international passports so as to stem the current wave of emigration by young Nigerians. According to a recent online story “the CBN refusing to provide forex for the company…I am reliably informed, is the material reason behind the chronic booklet shortages since 2017” as well as “an alleged unofficial government policy to stem brain drain by making passports hard to access.”

Related Topics:godwin emefiele
Up Next