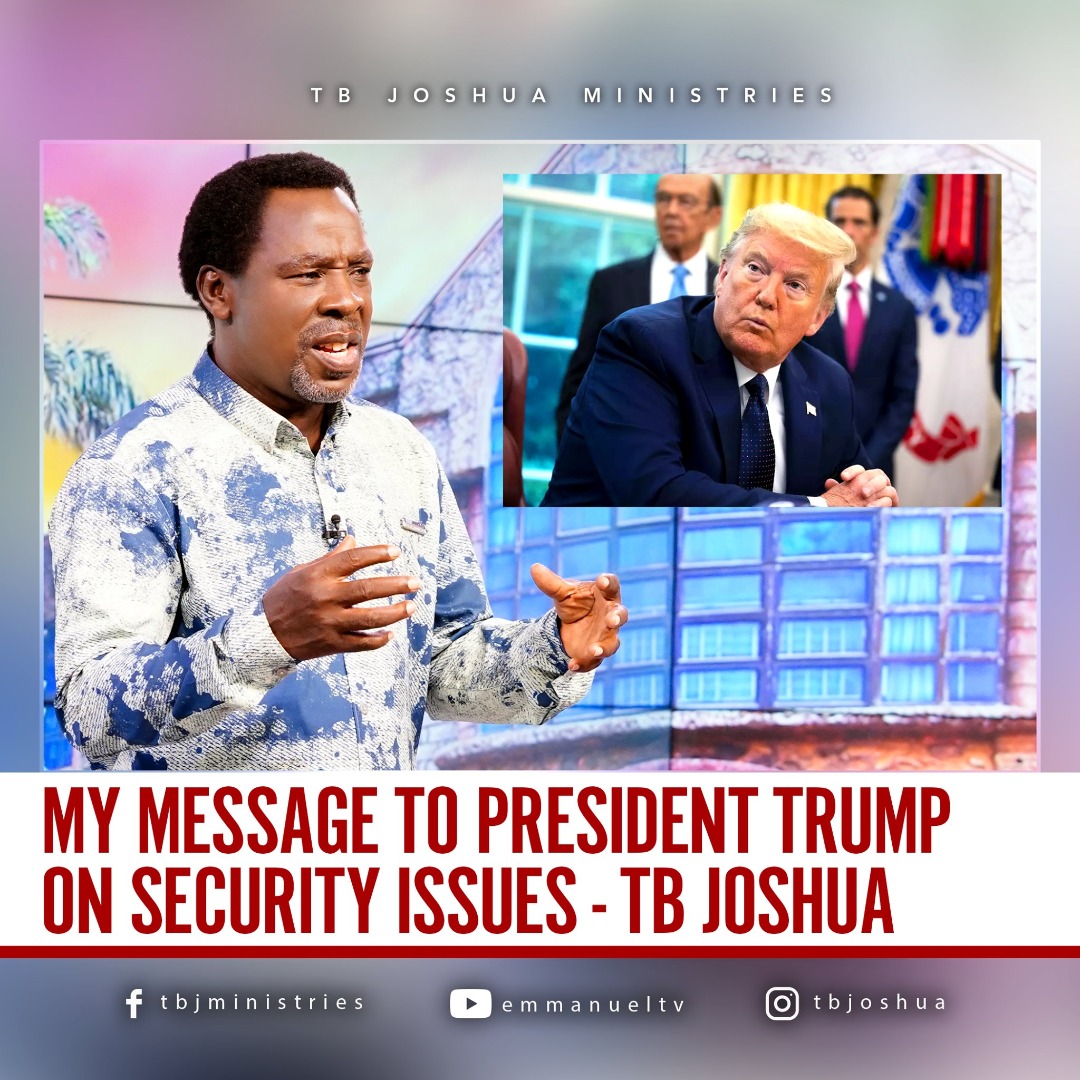 Fresh nationwide rallies in USA denouncing police brutality have been triggered after the death of another African-American man, Rayshard Brooks, at the hands of police.

Naija News NG reports that Brooks, 27, was shot twice in the back, during an encounter with two policemen in Atlanta, Georgia.

Police responded to a call Friday night about a man sleeping in a car outside a fast-food restaurant. For more than 20 minutes, Brooks responded to questions calmly and complied with officers’ requests before they tried to arrest him.

During the arrest, a struggle ensued before the officer shot Brooks three times as he attempted to run away.

Hours after the killing Friday night, Atlanta police chief Erika Shields stepped down and the officer who shot Brooks, Garrett Rolfe, was fired.

The unfolding events bear witness to a word of prophetic warning Nigerian cleric TB Joshua had sent to US President Donald Trump two weeks ago.

On 28th December 2019, Prophet TB Joshua had initially warned America in his prophecy for 2020 that “approach to the security issue will affect the candidates and swing voters in the next election.”

After the killing of George Floyd sparked protests across the nation, Joshua sent a public message to President Trump, warning him that “another one is coming” and calling on the President to appeal to the people and security “in a language that will douse the tension”.

“President Trump, wake up to checkmate this,” the Nigerian cleric wrote on May 31st 2020 in a message published to his official Facebook Page followed by 4.1 million people. “It will go beyond this. Another one is coming… Where there is no vision, people perish.”

Joshua called on Trump to look beyond his ‘palace’ “for God’s authority” and insisted on the need to “act now”.

“More appeals to the people and security are required – in a language that will douse the tension and stop this situation – so we can then commit the future one into God’s hands,” he cautioned.

Multiple analysts have corroborated Joshua’s message by blaming Trump’s divisive rhetoric as one of the causes of inflamed racial tensions in USA.

“Donald Trump is the first president in my lifetime who does not try to unite the American people—does not even pretend to try. Instead, he tries to divide us,” the former US Secretary of Defense, General James Mattis, wrote in a scathing rebuke on Trump for his response to the protests.