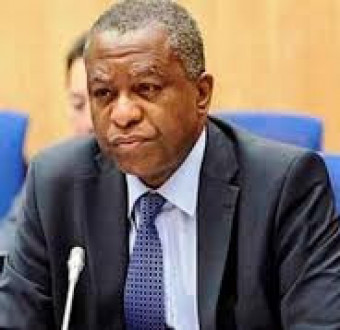 Nigeria’s Minister of Foreign Affairs , Geoffrey Onyeama, has promised to get every Nigerian who took part in the protest in Nigerian Embassy in Jakarta, Indonesia .

Naija News NG reports that there was a protest in Jarkata, Indonesia by Nigerians on Thursday, June 25 . They protested over alleged discrimination and targeted raids by Indonesian immigration officers . They expressed disappointment that the country’s officials are not protecting them enough .

The protest came a day after a Igbo man, Chike, plunged to his death while running from Immigration officers.

The protest led to the destruction of the gate leading to the Embassy and also some cars in the premises.

In reaction to the incident, the Minister of Foreign Affairs said efforts will be made to identify and punish the ”Hooligans” that carried out the attacks on the high commission.

”Absolutely deplorable and disgraceful criminal behavior by Nigerian hooligans who without justification attacked the Nigerian Embassy in Jakarta, Indonesia.

Every effort will be made to identify them and see they are severely punished. Totally unacceptable behavior.” he tweeted