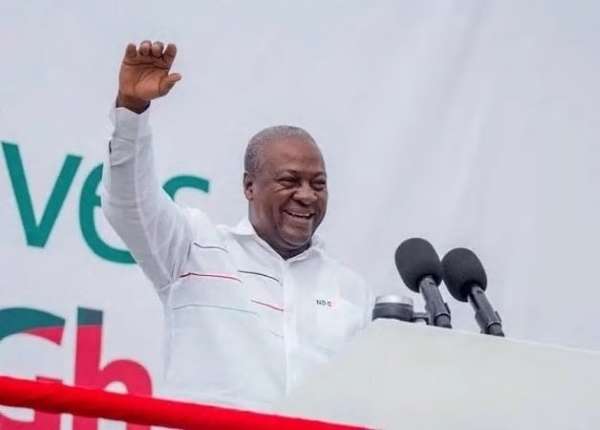 Ahead of Ghana election, The leader of INRI Evangelical spiritual church, Primate Ayodele has told the candidate of the National Democratic Congress, John Mahama what he needs to do to unseat The incumbent president, Nana Akufo Addo.

According to the Popular Nigerian Prophet, the victory of John Mahama lies in the Northern region and Volta region and that he needs to seriously work on those places if He wants to win.

He noted that with the way John Mahama is taking the campaign, If election is held today, Nana Akufo will become victorious.

Furthermore, He noted that He foresees violence in Ghana election, and there will be court challenges after the election

‘If John Mahama wants to win, He should work on Northern region and Volta region. He has not done what he is supposed to do, If election happens today, without mincing words, Nana Akufo Addo will defeat him.

The only thing John Mahama needs to do is to wake up, strategize, focus on upper voter and northern region, that is where he will get victory, If he doesn’t follow that trend, He will lose.

With the way John Mahama is approaching the campaign is wrong, He needs to work hard to get his victory.

I foresee that there will be violence in Ghana election, and court challenges after the election’.