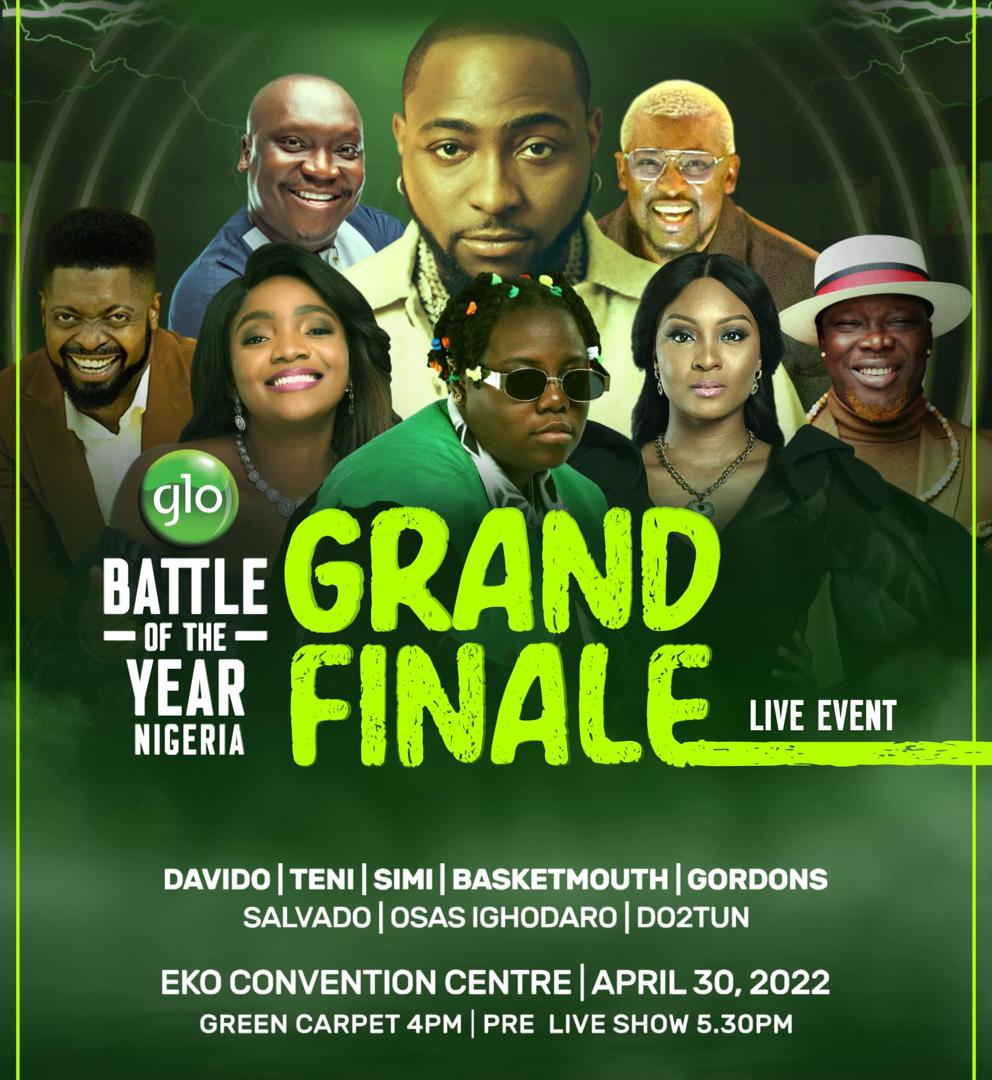 Davido, one of the biggest Afrobeat artists in the world will bring the Glo Battle of the Year Nigeria to a resounding close on Saturday, April 30, 2022.

Joining him on stage will be Glo ambassadors, Teni Makaniki, and the chanteuse, Simi in a night that the telecommunications giant has described as one of “unlimited entertainment”.

In a press statement announcing Davido’s choice as headliner, Globacom had described him as “one of Nigeria’s biggest afrobeat exports. Proudly Nigerian, he remains a positive influence who embodies Globacom’s brand essence of empowering Nigerian youths to unleash their unlimited potentials.”

Other entertainers on the line-up include star comedians Basket Mouth, Gordons, and Salvador.

One week after the exciting semi-final event which was enlivened by superlative performances from Olamide and PSquare, fans of Glo Battle of the Year, Nigeria as well as over 3,000 lucky subscribers will watch the culmination of the show after a 13-week run that held dance fans spellbound on national television.

The Grand finale will feature performances from BGirls, BBoys, and Break Dancing crews who will battle it out in front of a mammoth live audience for a chance to make history and money. At the end of the Night, the lucky winners will go home with mega millions as well as a star prize and the opportunity to represent Nigeria at the Battle of the Year competition in Japan.

To watch the show, fans can download and log on to GloTV the company streaming app via myglotv.com while lucky fans invited to the show are expected to be seated by 5 pm

The Glo Battle of the Year Nigeria kept fans and viewers riveted for 12 whole weeks with dance battles across 7 categories and regional qualifiers in six regions – Abuja, Kaduna, Portharcourt, Enugu, Benin, and Lagos.