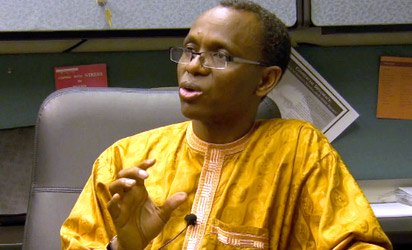 30,000 Almajiris in Kaduna State have been repatriated back to their home states. Governor El Rufai said Almajiri system has ended in his state.

El-Rufai said his administration was also reviewing state laws to ensure the system remained dead, adding that parents of almajirai were being educated to take up their responsibilities and send their children to school.

He spoke on Wednesday during an interview programme on Channels Television, Politics Today.

He said, “The Northern Governors Forum took a collective decision at a meeting we had about two weeks ago that we will end the almajirai system completely, we will abolish it. And part of the steps we took was to return them to their states of origin. We also decided that each state government will take delivery of these almajirai and return them to their parents and ensure that they go to school.

“We have done that in Kaduna; we have repatriated over 30,000 almajirai from other states back to their states and we are happy to receive any almajirai from any state of the federation that are indigenous to Kaduna.

“We have been expanding our schools, building classrooms to accommodate these children. It is better to cram 200 children in a classroom and give them some kind of modern education than to allow them to waste their lives away and go around begging. Anything is better than this system and we are determined as northern governors to end it.”

El-Rufai said 169 almajirai in Kano, who were of Kaduna origin, were brought to his state.

He noted that though 65 of them tested positive for the virus, he was happy they were repatriated.

“If these children were not brought to us, they simply would have died in Kano. Some of them would survive the disease, but the situation in Kano is overwhelming and I don’t think that anybody in Kano will want to look after them and test them,” he added.

ABACHA LOOT : Focus On The Utilisation Of The Funds – Malami To Nigerians