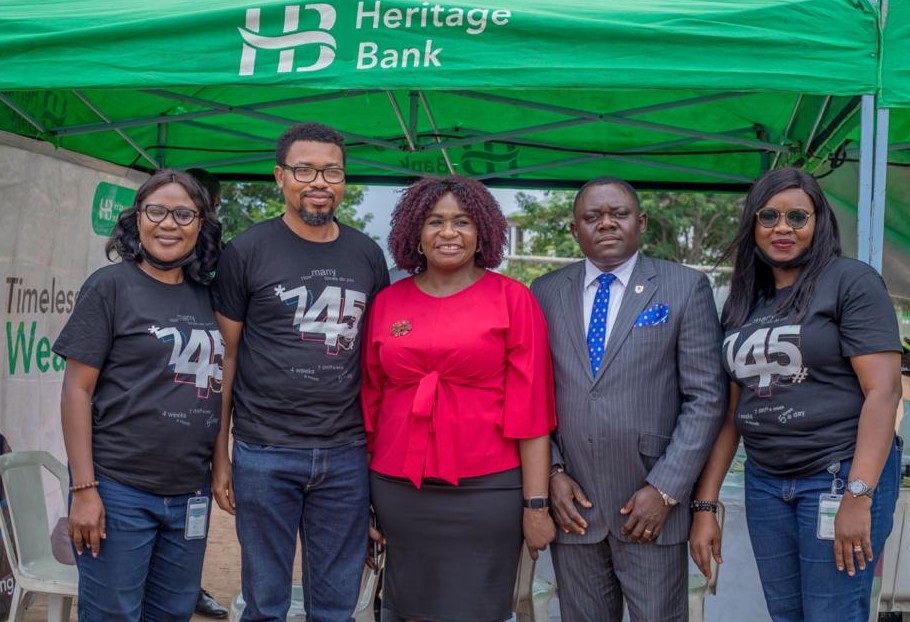 In light of the growing unemployment rate in Nigeria, Heritage Bank Plc has partnered

Youth Alive Convention to help prepare and empower millions of young Nigerians with the aim of boosting their employment prospects.

Incidentally, no less than 40million of unemployed people in the country are youths, which happens to be 66% of Nigeria’s working population, according to the National Bureau Statistics (NBS).

As an institution at the forefront of empowering youths, the MD/CEO of Heritage Bank, Ifie Sekibo said there was need to help prepare the millions of young Nigerians for the transition to work and engaged citizenship, by connecting both post-secondary and University graduates into understanding career opportunities and getting prepared for employment and entrepreneurship.

He also emphasized and canvassed for effective and increased investment in young people as a key pathway to jobs in today’s changing world of work.

The MD of Heritage Bank, who was represented by Adesoji Ogunsanya, Head, Talent Resourcing, human Capital Management, whilst giving career talks on “Getting a Job Immediately after School,” hinted on apt CV writing tips, how to prepare for interviews, personal effectiveness and, career and personal fulfilment.

Admonishing the Winners’ Youth Ministry, Sekibo also advised them to take care of themselves spiritually, emotionally and physically, whilst noting that self-management was also required for optimal productivity.

According to him, it is quite appropriate to also carry out a SWOT Analysis on yourself, leverage on the areas of strength and opportunities, build competency in the area of weakness and threat.

Sekibo explained that the level of joblessness amongst young Nigerians was of interest to Heritage Bank to ensure that they were equipped to find decent jobs, adding that “young people are almost three times as likely as adults to be unemployed”.

However, he disclosed that one of the channels churned out in partnering the youths to leverage their talents and contribute their quota to the growth of the economy, was the  use of financial inclusion strategy which would be adopted to prepare them and boost entrepreneurship development, as this is critical to Heritage Bank’s mission to create, preserve and transfer wealth across generations.

The Assistant National Youth Pastor of Living Faith Church, North Central, George Eko, who expressed appreciation for the impartation of knowledge upon the youths by Heritage Bank; affirmed that the self-esteem of the youths had been elevated by being given the opportunity to interact with the Bank which they thought could never be a reality.

He expressed his joy and announced that the people were overwhelmed as the church was not only concerned about their spiritual development but with their physical development which had to do with employment, welfare, and other areas of their lives.

George added, “regardless of the no job scandal, the youths have been empowered differently and Heritage Bank partnered with the Church in the “Job Fair” to ensure that the lives of the youths are improved.