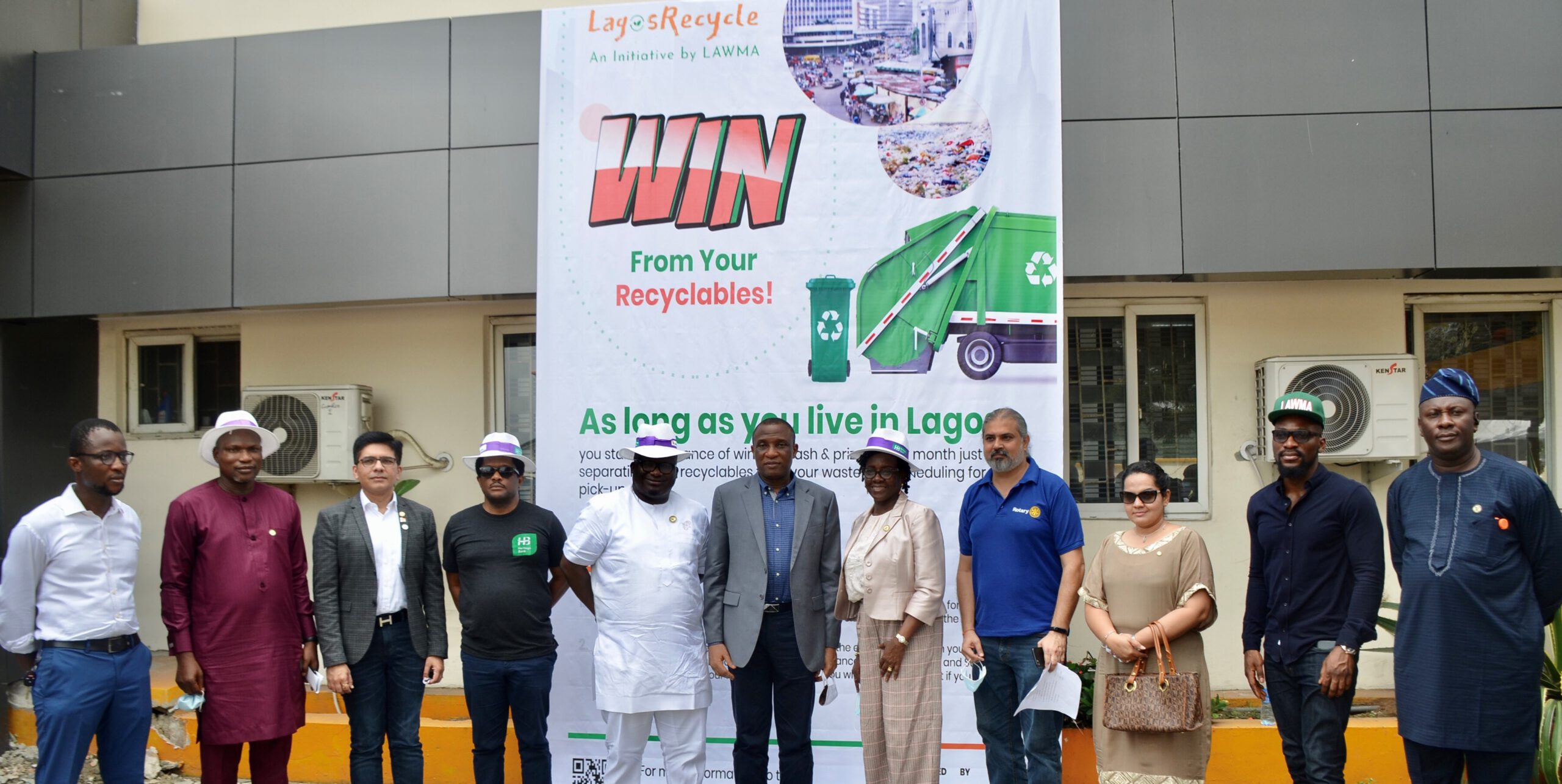 The partnership which heralds the launch of Lagos Recycle Initiative is targeted at curbing the huge challenge of plastic pollution for better ecosystem, through recycling and waste management reward system for residents of the State.

On the path of Heritage Bank, MD/CEO, Ifie Sekibo affirmed that the collaboration was part of the move to promote the implementation of the Central Bank of Nigeria initiative on Nigeria Sustainable Banking Principle to deliver positive development effects to society and businesses.

Specifically, he stated that Heritage Bank entered into this partnership to assist the Lagos State Government and Recyclers generate employment whilst making the environment cleaner and better.

Sekibo, who was represented by the Regional Executive, Lagos and South West, Heritage Bank, Dike Dimiri further explained, “as a bank that has been at the forefront of corporate social responsibility roles considered it key to be involved in societal development, supports the project through promoting recycling for export and domestic use, help individuals to de-plastic Lagos and get reward from the state government”.

Explaining the modalities for the reward system which will be conducted via raffle draw, he said, “Heritage Bank developed a simple payment system and presented the ‘LAWMA Recycle card’ which would allow the state government give its prizes to the aggregators and other benefits associated with the recycling project that consumers and participants of the Lagos Recycle Initiative are meant to benefit from.

“This card will be in the hands of the 6million households in Lagos, it will also form the foundation for the transmission of every payment, raffle draws that will be conducted.”

In his welcome address, the Managing Director/CEO of LAWMA, Mr. Ibrahim Odumboni, said recycling was key in the Authority’s drive to make Lagos cleaner and livable, stressing that moving plastic materials from the Lagos waste stream would reduce the volume of waste that eventually got to dumpsites.

Odumboni said the Lagos Recycle initiative would deploy an attractive reward system, to encourage waste segregation and timely pick-up of recyclables across the state, emphasizing that residents would be rewarded for gathering their plastic items and handing them over to LAWMA accredited recyclers.

He said further that LAWMA would place recycling tools at various public facilities, for the collection of recyclables, noting that the initiative, apart from ridding the environment of plastic waste and its ugly effects, would provide jobs for thousands of unemployed people in society.

In her closing remark, the Permanent Secretary, Ministry of the Environment and Water Resources, Mrs. Belinda Odeneye, stressed that the vision of the state government was to have a cleaner, beautiful and more hygienic environment, which would be promoted by the Lagos Recycle program.

Related Topics:Heritage Bank
Up Next