How I Became Pregnant Without A Hubby At 46 – Former CNN Correspondent, Isha Sesay

Isha Sesay the former British CNN correspondent of Sierra Leonean descent has announced that she is pregnant.

by Admin
in World

Isha Sesay the former British CNN correspondent of Sierra Leonean descent has announced that she is pregnant.

Naija News NG reports that she made her pregnancy journey public via a moving piece published on TODAY .

In an essay posted on the website, the British journalist of Sierra Leonean descent disclosed the events that influenced her decision to have a child on her own.

“Back then, I had very definite ideas about the future course my personal life would take, and it didn’t look like this. I imagined something way more straightforward and dare I say it, conventional.”

She explained that after her marriage ended and her mother suffered a stroke, she reflected on her life and decided she would greatly regret not having a child. 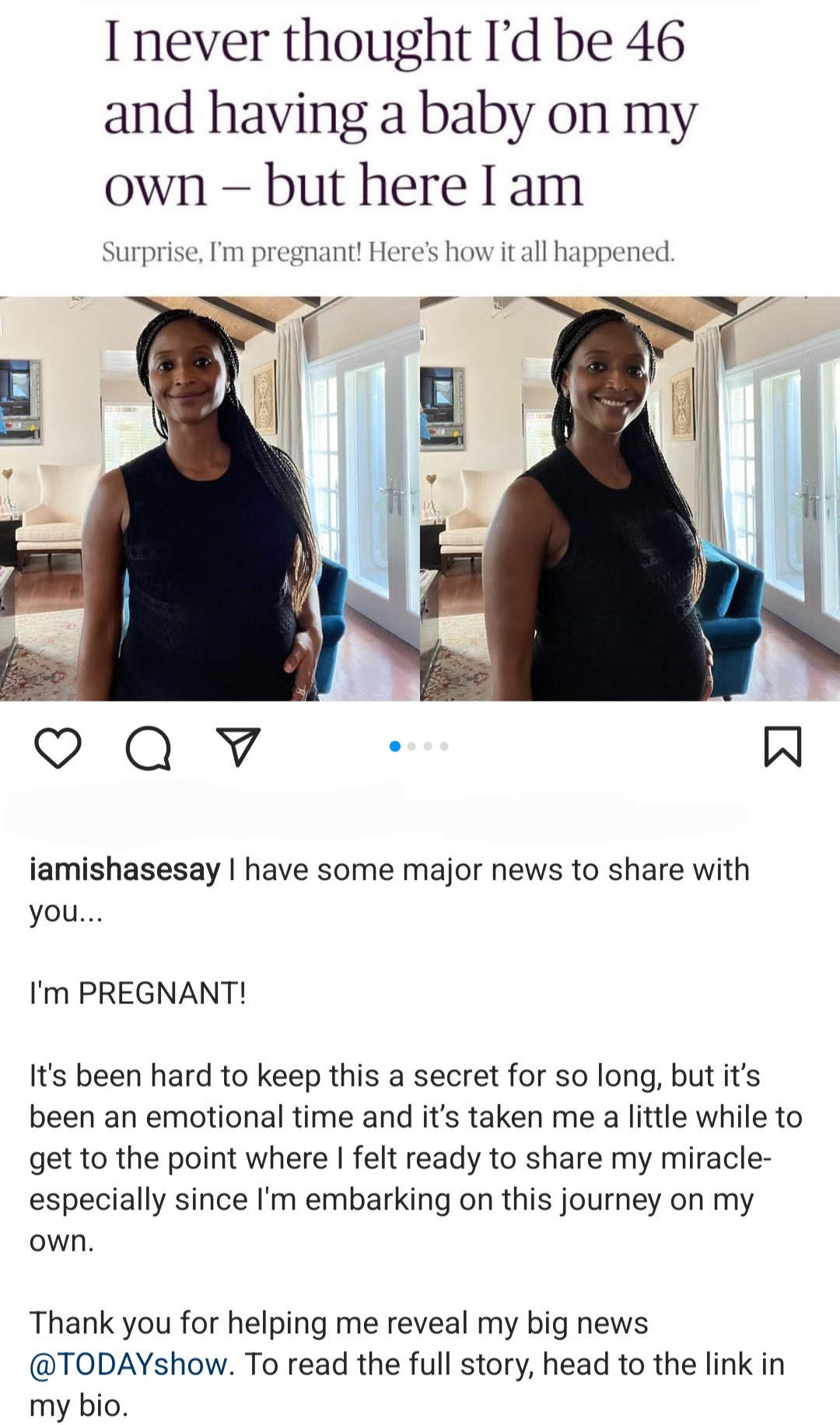 “A brief marriage to a kind man didn’t result in children, and then the year I turned 40, my mum had a catastrophic stroke, leaving me no emotional space to contemplate anything other than caring for her,” she wrote.

“Six years went by and a few months ago I found myself in a subpar relationship with a man who took about 12 hours to reply to all my texts, among other red flags. It was then, in the aftermath of our inevitable breakup, that it hit me: Not having a child would be the greatest regret of my life. And with my biological clock ticking down, if I was waiting for the right man to come along before I did it, well, I might just find myself out of time.

“So, I decided to take control of my life and settle on the bravest and scariest decision I have ever made: to have a baby on my own.

“I had many long conversations with myself and tried to get to grips with questions about what it would mean to not have the support of a partner, both emotionally and financially. 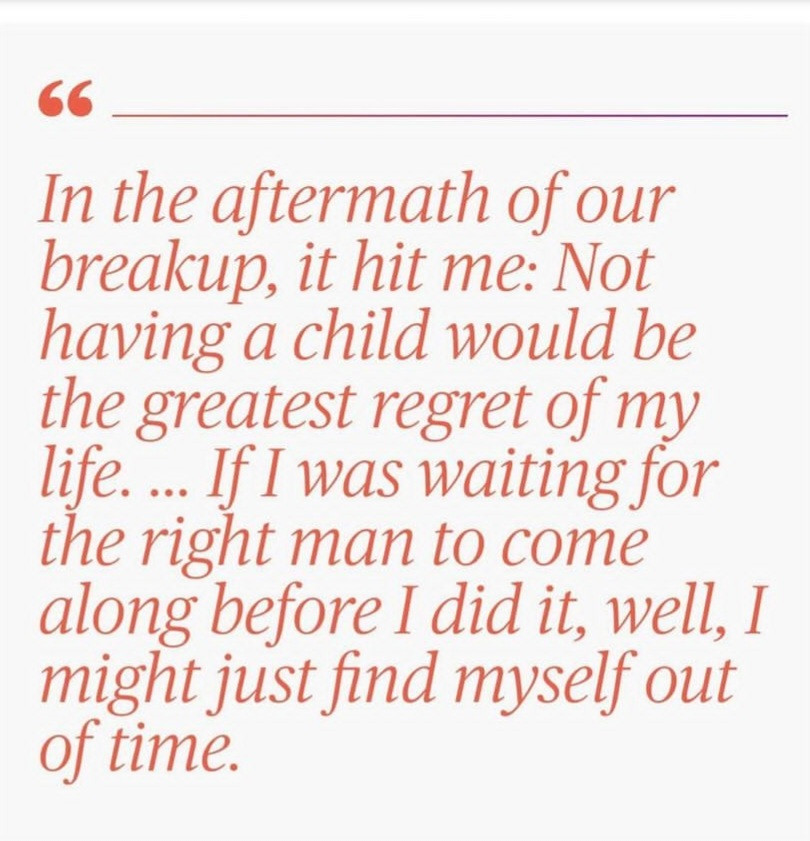 “How would I handle society’s questions? What would being a single parent mean for my child? I still don’t have all the answers, but I decided to take the leap because I refuse to let fear, social conventions or judgment hold me back from seeking this joy.”

She went on to narrate the arduous medical process she had to go through, including deciding on a sperm donor.

She recalled: “My first IVF attempt was unsuccessful, and I cried for days afterward, before I could find the strength to start the process all over again a few months later.

“But with each passing day, I grew more fearful and anxious about my chances of being able to successfully carry a child. Those feelings only intensified when my doctor decided to halt my second attempt mid-cycle because my body was responding negatively to the medication.

“With two failed attempts to my name, I approached my third embryo transfer with relatively low expectations. In the two weeks that followed the procedure, my mind raced uncontrollably and I battled the urge to take an early pregnancy test.

“The day before I was scheduled to return to the clinic, I finally caved in and bought a home test because I couldn’t bear a repeat of the hours-long wait before the clinic called with the results. The next morning I got up long before the sun was up, anxiously headed to my bathroom and opened the box. The minutes ticked by and I cycled through a myriad of emotions. When the word ‘pregnant’ flashed up on the tiny screen, I screamed and fell to my knees before bursting into tears.”

Isha said she is “elated” and “terrified” being pregnant, but she has no regrets.

“Ultimately, I made a decision — entirely on my own — and I have no regrets.”

Her announcement has been met with messages of support and congratulations.

How I Became Pregnant Without A Hubby At 46 – Former CNN Correspondent, Isha Sesay