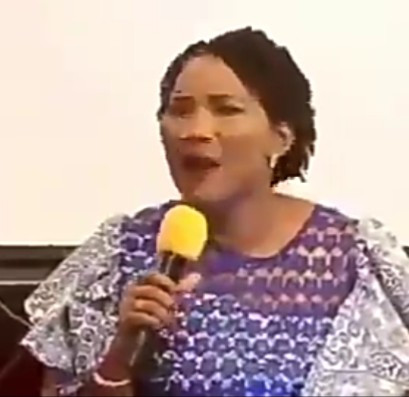 Controversial pastor, Funke Adejumo , has dropped another sermon and this one is another controversial message.

NAIJA NEWS NG reports that Funke Adejumo said any woman whose husband is still poor after marriage is a witch.

She said this while speaking to a group of women. She advised them to make their own money and stop depending on their husbands for everything.

She added that they shouldn’t spend all their time “popping out babies” instead they should get something doing so they can join their husbands in paying the bills.

She added: “If your husband’s life does not appreciate after marriage, you’re a witch.”