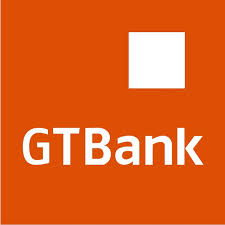 Innonson EFCC arrest and the GTB Loan …. The facts behind the saga

Recently, the Innoson/GTBank story has gained so much media prominence, especially following the arrest of the Innonson chairman a few days ago by EFCC. Though the case is pending in court, Innoson has taken the battle to social media. There have been numerous sponsored social media campaigns against the Bank such as #BewareOfGTBank and #WhatIsWrongWithGTBank. The company has also gone Television, with its owner, Dr Innocent Chukwuma granting an interview to TVC, where he claimed he had obtained a judgement of N8bn against the bank. He added that the bank pleaded with him over their inability to pay, and that he graciously offered to accept shares of the bank as payment.
GTBank on their part has chosen to remain silent on the matter, perhaps trusting in the integrity of the legal system as against playing to the gallery. Many attempts by us to get the bank’s representatives to comment on the story has proven abortive. A staff of the bank who spoke under anonymity, stated “Irrespective of the issues we are facing with the company, Innoson remains a customer of the bank and we owe him a duty of confidentiality and to conduct ourselves in a responsible manner towards him”. This statement didn’t stop us from conducting our own investigations on the matter, and below are our findings, put in bullet points for your optimum understanding.

The obvious:
Innoson is, and still remains, a customer of GTBank.
What we discovered:
1. GTBank (in 2009) granted Innoson several credit facilities (i.e loans) totalling N2,400,000,000,00 (two billion, four hundred million Naira only), to part finance working capital requirements, import new motorcycles and motorcycle spare parts, agricultural spare parts and plastic manufacturing equipment (“Imported Goods”).
2. Under the loan terms agreed by Dr. Innocent Chukwuma on behalf of Innoson, proprietary interest in the Imported Goods was consigned exclusively in favour of the Bank. This means that the Bank was the exclusive owner of the Imported Goods. Accordingly, the original shipping documents (i.e. the Bills of Lading) were in the custody of the Bank, and have remained in the custody of the Bank at all times.
3. Because GTBank was the exclusive owner of the imported goods, ownership of the goods could only be transferred to Innoson (or any other third party) by the Bank. The condition in the agreement between the Bank and Innoson, for the release of the Imported Goods by the Bank to Innoson, was the payment of 25% of the value of each Letter of Credit transaction by Innoson.
What we learnt:
1. Innocent Chukwuma approached the Bank, on behalf of Innoson, requesting the release of the shipping documents without payment of the agreed+ 25% equity. The Bank declined his request as a result of Innoson’s failure to meet the agreed conditions.
2. It came to the Bank’s knowledge sometime in June, 2011 that the Imported Goods for which the Bank declined to release shipping documents to Innoson in view of its failure to meet the agreed conditions, had been fraudulently procured by Innoson.
3. The Bank discovered that Innoson, under the control of Dr. Innocent Chukwuma had forged the Bank’s endorsement on the bills of lading to the Shipping Line and fraudulently cleared the Imported Goods which were in the name of the Bank. The Imported Goods, being property of the Bank should not have been cleared from the Port without the original shipping documents being endorsed by the Bank in favour of Innoson, or any third party.
4. The signatures of 4 (four) staff of the Bank, to wit, Taofeek Olalere, Dan Attah, Bunmi Adeyemi and Amazu Amalachukwu, as well as the Bank’s stamp were forged on all the shipping documents used by Innoson to fraudulently clear goods at the port. The Bank did not at any time endorse or transfer the shipping documents to Innoson, as the originals of each of the relevant Bill of Lading remain in the Bank’s custody to this very day.
5. When the Bank reported the matter to the Nigeria Police, Dr. Innocent Chukwuma claimed the Bank released the shipping documents to him. Consequently, the Police commenced investigation into the Bank’s complaint, including a forensic examination of the disputed signatures, and established that the signatures of the Bank’s staff were forged, and the Imported Goods were fraudulently cleared from the Nigerian Ports Authority by Dr. Innocent Chukwuma and his accomplices.
What we heard from the Police:
1. Police investigations confirmed that Innoson and Dr. Innocent Chukwuma deliberately set out to defraud, steal from the Bank and convert the Imported Goods belonging to the Bank by deceptive means and through forgery and misrepresentation. The unlawful takeover of the Imported Goods, which served as the Bank’s collateral, left an indebtedness in excess of the sum of N1,654,481,895.04 (one billion, six hundred and fifty four million, four hundred and eighty one thousand, eight hundred and ninety five Naira, four Kobo) as at September 26, 2012.
2. Chief Innocent Chukwuma was arrested and interrogated by operatives of the EFCC, following which he agreed to make monthly payments into Innoson’s account until the full liquidation of Innoson’s indebtedness to the Bank. However, Innoson defaulted in making the agreed payments. Investigations by the Nigeria Police following a petition by the Bank in September 2013 also found Innoson and Chief Innocent Chukwuma culpable of the criminal allegations levied against them by the Bank, and Chief Innocent Chukwuma was accordingly charged to court by the Police.

3. The Police filed Charge No. FHC/L/565C/2015-Inspector General Of Police And Innoson Nigeria Limited; Innocent Chukwuma;Charles Chukwuma;Maximian Chukwura; Mitsui Osk Lines; Annajekwu Sunny for fraudulent clearance of goods, forgery, conversion, stealing and conspiracy presently pending before Faji J, at the Federal High Court, Ikoyi and adjourned to November 21, 2017 for arraignment/or hearing of motion for issuance of Bench Warrant.
What Innoson did:
1. Innoson approached the Bank for a reconciliation of his account and pleaded for a debt forgiveness. A reconciliation was carried out on the account – which had a debit balance of N1,654,481,895.04 as at December 31, 2011. In the spirit of amicable resolution and EFCC intervention, the Bank said it agreed to forego the sum of N559,374,072.09 which represented default charges that has accrued on the account and debited in line with the loan agreement between the customer and the Bank.

2. Based on this, the Bank decided to accept from the customer, the sum of N1,095,107,822.95 as full and final payment of the customer’s indebtedness to the Bank, provided that same shall be fully paid not later than (30) days from the date of the letter written to him

3. Surprisingly, Innoson commenced suit no:FHC/AWK/CS/2012 against the Bank at the Federal High Court, Awka stating the bank had debited its account with excess charges totalling N559,374,072.09 and obtained judgement in excess of N4.7Billion against the Bank. Again choosing to dishonour an agreement that was amicable reached between him and the Bank for a full and final settlement of N1,095,107,822.95 wherein the Bank graciously forgave him the sum of N559,374,072.09 which accrued on his account during the period which he abandoned his account.

4. To further stall the criminal proceedings against him, Chief Innocent Chukwuma and his company instituted suits at the Federal High Court, Abuja, as well as the Federal High Court, Awka in January 2014 against The Inspector General of Police, The Nigeria Police Force and Investigating Officer(s), seeking declaratory and injunctive reliefs, including orders restraining the Police from commencing criminal proceedings against Innoson and Chief Innocent Chukwuma. Furthermore, in a bid to stall the Bank’s recovery steps, and distract the Bank from focusing on the criminal action, as well as civil actions filed for recovery of the debt, Chief Innocent Chukwuma and his company Innoson, have continued to institute various spurious suits before various courts, claiming frivolous and outrageous sums against the Bank.
What GTBank is not saying:
1. In responding to Innoson’s motion for a stay of criminal proceedings at the Court of Appeal, the Honourable Justice J.S Ikyegh on September 17,2017 dismissed the motion for being unmeritorious and ordered that proceeding in the criminal case against Innson should proceed.
2. On October 12, 2017, the Police through its Charge No. FHC/L/565C/2015- filed an application for the issuance of bench warrant against Innocent Chukwuma; Charles Chukwuma and Annajekwu Sunny for fraudulent clearance of goods, forgery, conversion, stealing and conspiracy presently pending before Faji J, at the Federal High Court, Ikoyi and adjourned to Decemeber 8, 2017 for arraignment/or hearing of motion.

What we think:
Innoson should stop trying to play the underdog and simply resolve his issues through legal means or arbitration. On Innoson playing the Igbo tribe card, this is not in good taste in this moment in history. We are aware of GTBank’s strong position on unpaid debts. We know GTBank has gone often several debtors of the bank irrespective of who they are or where they come from. So why is Innoson’s matter now tribal? Please, this makes no sense. Innoson and GTBank, resolve your issues privately and let us all hear word.