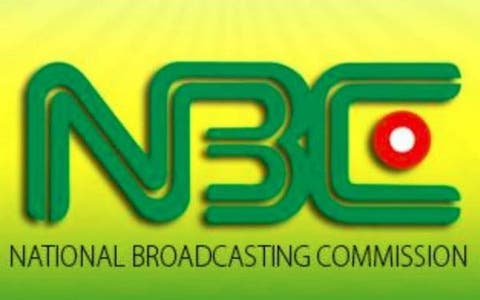 The stakeholders made their views known on Wednesday in Abuja during the public hearing of a bill to amend the NBC Act organised by the House Committee on Information, National Orientation, Ethics and Values.

In his presentation titled ‘Independence of NBC/depoliticised process of licensing, industry-sensitive pricing system, promotion of inclusivity and checking arbitrariness’, the Executive Director of IPC, Mr. Lanre Arogundade, said fixing tariffs arbitrarily could lead to excessive pricing that has the potential of discouraging investment in the sector and the attendant job losses.

He added that giving the NBC the sole right over tariff issues, which cannot be interfered with, could be interpreted as an ouster clause that arrogates to it arbitrary powers that cannot be challenged even in the court of law.

Arogundade emphasised that the provisions must also not encourage the regulator to become a dictatorial behemoth whose powers and conduct cannot be questioned as such would negate democratic norms and values.

IPC’s Executive Director noted that unlike other regulatory institutions, such as the National Communications Commission (NCC), the appointment of the Board, including the Director General, is not subject to the confirmation of the National Assembly.

Arogundade pointed out that the conduct of the NBC overtime presented it as an extension of the office of the Minister of Information and Culture which rarely acts independently.

He stressed that in recent times, the NBC has taken action against certain broadcast media that are believed to be politically motivated, adding that the time is therefore overripe to make the NBC truly independent.

Arogundade noted that the process of licensing broadcast stations is politically compromised under the present NBC Act.

He stated: “Fixing tariffs arbitrarily could lead to excessive pricing that has the potential of discouraging investment in the sector and the attendant job losses.

“Giving the NBC the sole right over tariff issues which cannot be interfered with could be interpreted as an ouster clause that arrogates to its arbitrary powers that cannot be challenged even in the court of law.”

Arogundade noted that the proposed tariff in the NBC Act amendment bill represents a usurpation of the functions of the Federal Competition and Consumer Protection Commission Act (FCCPC Act), which has adequate provisions to deal with the often contentious issue of competition and pricing in Nigeria.

He lamented that the NBC currently operates as an institution that is an island unto itself, stressing that as it suits the whim and caprice of its Director General, it decides that an offence has been committed, decides on the punishment and goes ahead to apply the sanctions, which sometimes include shutdown of broadcast stations.

In other words, he said, the NBC is often the accuser, the prosecutor and the judge in its own case.

To this end, Arogundade said the NBC Act should provide for the right of appeal to the Board of NBC where sanctions applicable for alleged breach of code of conduct, adding that broadcasting code could include hefty fines, suspension or withdrawal of licence.

On his part, the Executive Director, Institute for Media and Society, Dr. Akin Akingbulu, said the most prominent gap in the NBC Act today is its failure to provide for the independence of the regulatory body.

He said lack of independence manifests in many ways such as in skewed decision-making, inconsistencies in attention to regulatory functions, inability to protect the industry and strengthen its professionalism, inability to meet international standards and ultimately, failure to deliver on its mandate.

Also, making his presentation on behalf of Ataguba and Ataguba Solicitors, Mr. Emmanuel Ataguba said the intendment of this amendment to regulate and control prices in the interest of consumers of Digital Satellite Television Services is against the objective of the Federal Competition and Consumer Protection Act which is to “protect and promote the interests and welfare of consumers by providing consumers with a wider variety of quality products (and services) at competitive prices”.

He pointed out that he does not consider that price regulation would beneﬁt consumers, stressing that in public services where government subsidies are involved, price regulation may be relevant.