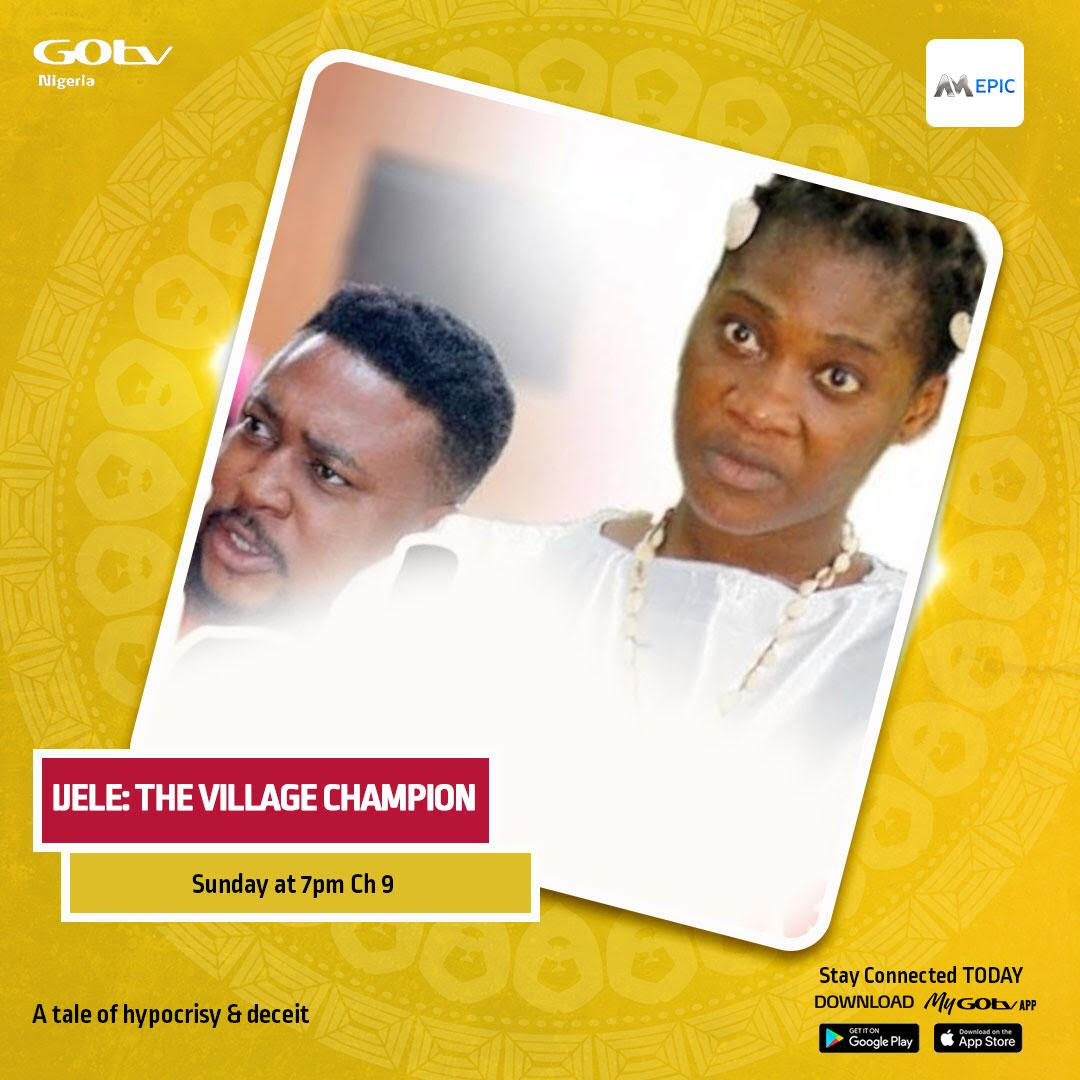 So much to look out for this weekend as GOtv unveils an exciting list of programmes for customers throughout the month of December including the hottest movies, local content and kiddies’ shows.

On the local scene, the drama continues this week on the season 4 of Entrapped. The drama follows the story of an ambitious politician who has a skeleton in his cupboard which he tries to keep hidden but with each attempt at keeping his secret hidden, it grows bigger. Watch how the story unfolds every week night at 8pm on ROK GH (channel 18).

On Africa Magic Yoruba (channel 5) is Mowa, a thrilling movie about a young job seeker who must settle his past misdoings. Showing on Thursday 7pm

Also, on the list of entertaining local shows is Ijele: the village champion, a riveting drama about a tale of hypocrisy and deceit, showing on Sunday at 7pm on Africa Magic Epic (channel 3).

For fans of international movies, there is enough jolli this weekend in store for the entire family!

Starting with the Kids Klub festival showing amazing kiddies content such as; Spy kids2, Daddy day Care, Agent Cody Banks, Ozzy and A-X-L from Monday till Sunday from 7am to 2pm on M-Net Movies 4 (channel 3).

Also, kids get to enjoy an entertaining series, Tyler Perry’s Young Dylan, which follows a family whose world is turned upside down when their nephew, Young Dylan (Dylan Gilmer), an aspiring hip-hop star, moves in unannounced. The comedy series will be showing weekdays from 14 December at 3:25pm on Nickelodeon (channel 62)

Action Drama, 211 features Nicolas Cage playing an officer who finds himself with a young civilian passenger, unprepared and outgunned when fate puts them squarely in-the-crosshairs of a daring bank heist that is being carried out by a fearless team of highly trained and heavily armed men. Showing Friday on M-Net Movies 4(channel 3) at 8:30pm

Its movie night on Saturday! comedy movie, The Best Peoplewill be showing on Saturday at 7:00pm on M-Net Movies 4(channel 3). A riveting movie about a woman whose world is turned upside down when her younger sister gets engaged.

In the mood for a bit of crime investigation? Watch Who killed the Lyon’s sisters on Investigation Discovery (channel 52) on Sunday at 8pm. Almost 40yrs after the Lyons’ disappearance, detectives find an important lead!

To enjoy all these and more on GOtv, reconnect now on the GOtv Max package to have the full experience as well as access to exclusive channels such as SS La Liga, BET, M-Net Movie 4, StarLife, Cartoon Network, Investigation Discovery and much more for the price of N3,600!

GOtv Jolli package for channels such as SS Football, Fox, Da Vinci, MTV Base, Telemundo, AM Family, TNT, Discovery Family, CBS Reality, ROK 2 & ROK GH for only N2,460. You can make use of the MyGOtv app from the comfort of your homes to upgrade or reconnect.

Follow GOtv on Twitter, Instagram and Facebook to find out more entertaining movies and TV series in October. Also, visit www.gotvafrica.com, or download MyGOtv app which is available to iOS and Android users to upgrade, reconnect or select the Auto-Renewal option to stay connected to quality entertainment without interruptions and for other self-service options and join in on the excitement.