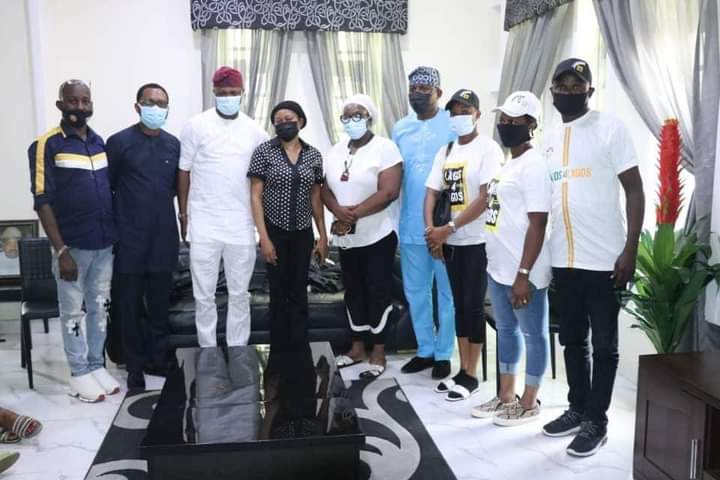 The Lead Visioner of the Lagos4lagos Movement, Dr. Abdul-Azeez Olajide Adediran yesterday paid a condolence visit to the family of the late Afenifere scribe Yinka Odumakin.

At the visit with his team, Jandor sympathized with the family and expressed the death as a big blow, especially at a time like this when true progressives at leadership levels are scarce.

Addressing the wife of the deceased, Dr. Joe Odumakin, Jandor reiterated that the loss is not just that of the family, it is indeed a huge blow to the Youruba nation and our dear country, especially going by the indelible footprints the deceased created on the sands of time and his unwavering commitment towards entrenching good governance in the country.

There is no gain saying that Comrade Yinka’s demise will created a vacuum that won’t be easy to fill. He was a gentleman per excellence, an advocate of good governance and emancipation of the people. He was a torch bearer, vanguard and voice of the voiceless. He was a thorn in the flesh of the dictators in the dark days of military rule in the country.

Speaking further, Jandor stated that Odumakin will forever be remembered in the hearts of many for the glowing ideals he worked and stood for.

Jandor then prayed that God, in His infinite mercy, grants the family and the rest of nation the fortitude to bear the irreplaceable loss.