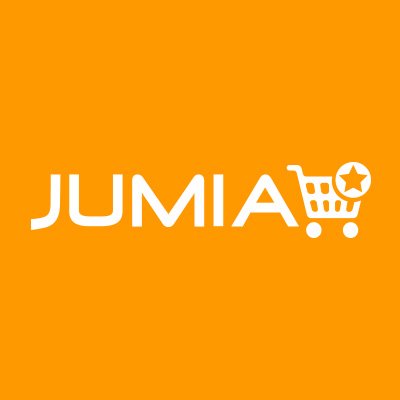 At the New York Stock Exchange (NYSE) where the stock of Jumia Technologies AG (Africa’ leading e-commerce platform) is listed, the stock is now priced at $17 and the shares are 0.54 points up or 6.03 percent higher compared to its previous closing price of $16.28. As at July, the stock had 5.368 million contracts set over the past session. Jumia shares’ daily volume is compared to its average trading volume at 4.101 million shares. However, it has a float of 7.76 million and although, its performance was 24.38 percent over the week, the stock is one to watch, according to an internationally renowned stock market analyst, Kaden Gilbert.

Looking at current readings, Jumia’s two-week relative strength index (RSI) is 65.19, which suggests that the stock is neutral at the moment and that its shares’ price movement remains stable. The stochastic readings are equally revealing at 77.99 percent meaning that the share price is currently in oversold territory. Jumia’s stock is trading in the green 0of moving average convergence or divergence (MACD) matrix with a reading of 0.96. The MACD is a technical indicator that reveals the changes in the strength, direction, momentum and duration of a trend in a stock’s price. Investors always pay attention to any move above the zero-line for stocks as is the case of Jumia now, or below mainly because the indicator points to the position of the stock’s short-term average relative to its long-term measure.

At present, the Jumia stock is gathering a bullish momentum and many analysts are of the view that the trend is going to endure for quite a while. The reasons for this forecast may not be far fetched. Zacks Consensus Estimate, which is the average of all current earnings per share (EPS) estimates, forecasts that the current-quarter revenues for Jumia will decrease by about -99.93 percent, which will see them reach $36.61 million. The company’s full-year revenues are, however, expected to diminish by about -0.19 percent, down from $177.94 million to $177.6 million. Jumia’s expected adjusted earnings should surge almost 7.69 percent to end up at -$0.7 per share, while for the fiscal year, analysts project the company’s earnings to grow by about 48.13 percent to record -$2.77 per share.

These indicators did not just come up today. In its Quarter 1, 2020 financial report, Jumia recorded impressive achievements in its various markets in Africa over the period that coincided with the period of the COVID-19 pandemic lockdown. In the report for the quarter ended March 31, 2020, Jumia recorded huge improvements in all measuring indices over the same period last year, showing that the e-commerce company thrived in the period of the COVID-19 lockdown.

Also, during the period, JumiaPay transactions reached 2.3 million, a year-over-year increase of 77 percent, representing 35 percent on-platform penetration in terms of orders. The company’s operating loss was €43.7 million, a four percent decrease year-over-year. It also drove Annual Active Consumers growth, which was up 51 percent year-over-year, and orders, up 28 percent, at the same time as reducing Sales & Advertising expense by 25 percent over the same period. The company reported its earnings at -$0.61 per share over the period. This was against the -$0.82 per share that the Wall Street Analysts had predicted, signifying a difference of 0.21 and 25.60 percent surprise value.

The challenges of the COVID-19 pandemic, epitomised by the shelter-in-place restrictions, were turned into opportunities by the managers of the company to maximise returns. The company focused on what proved to be crucial to navigate this crisis, affordability, high purchase frequency product categories and cost efficiency. These lessons are potent and will endure as the pandemic is likely to be around for quite a while, hence many analysts are pointing at the Jumia stock as a good prospect to invest.

As the company has announced that its Quarter 2 financial results for the period ended 30 June, 2020 will be released on August 12, 2020, many of the stock market watchers believe the result would continue on the positive trend of the preceding quarter. If this happens, it will further the stock’s bullish trend in the market with the concomitant appreciation in its price.

Emmanuel Nwachukwu, a Business and Communications Strategist writes from Lagos