Governor Nasir El Rufai has clashed once again with Human Rights Activist, Chidi Odinkanu over the protest in Kaduna by NLC members.

NAIJA NEWS NG reports that in a series of tweets, Chidid Odinkanu and Nasir El Rufai called themselves unprintable names on social media.

Filling stations (for petrol) are shut

There is no electricity, no water

@elrufai is the man with the #rightsize”

READ : INSECURITY : Governors Ortom And El Rufai Abuse Each Other

In reply, Chidi Odinkanu wrote : “The #VileLittleMan of Kaduna, @elrufai, Ayuba Wabba, President of @nlcng is on his way to your office. Prove to the world you are not a coward pls – abduct him!

But the #VileLittleMan is also a #VenalOutlaw. He does not care for basic rules. He owns Kaduna State. This #VileLittleMan running 46,100km² of #Nigeria thinks he can stop @nlcnig from protesting. Think what tyrannicall mess he’d create if he were to run the entire 923,768 km²?!” 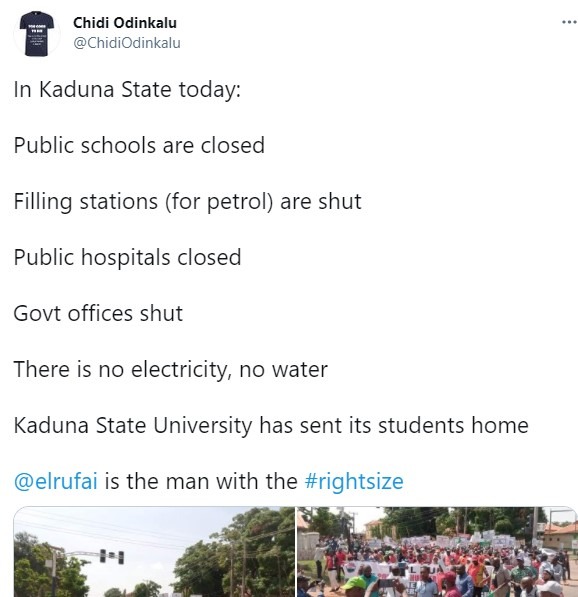 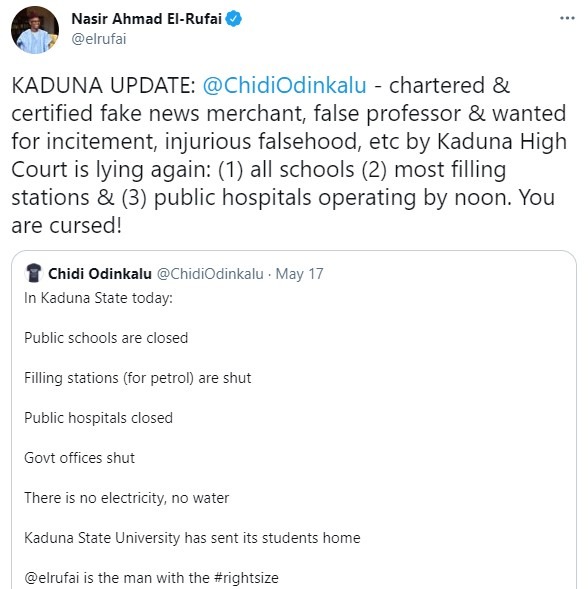 PARIS PROTEST : Reno Omokri’s Wife Denies Being The Mother Of His Fourth Child