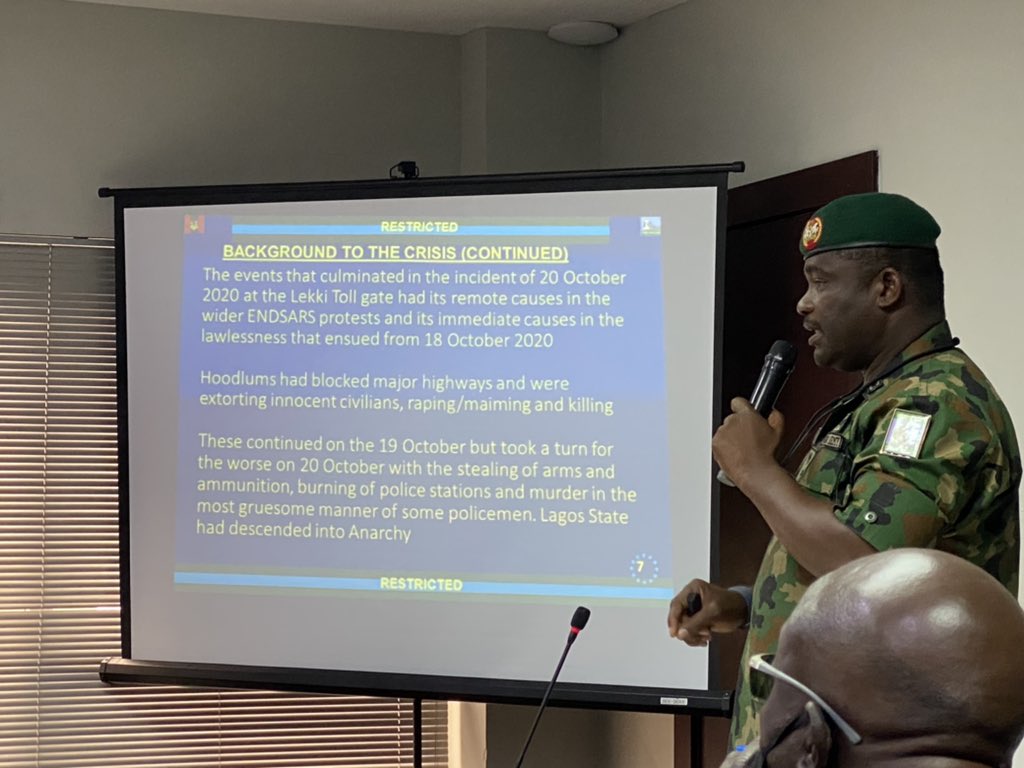 NAIJA NEWS NG brings you a thread by Editi Effiong who was present at the hearing. Brigadier Taiwo said the Army was invited by the Governor of Lagos State, Babajide Sanwo-Olu.

He added that the soldiers were pelted with stones and bottles . Read thread and watch videos below:

Gen. Ahmed Ibrahim Taiwo is now swearing on a Bible. Will check if he’s a Christian.