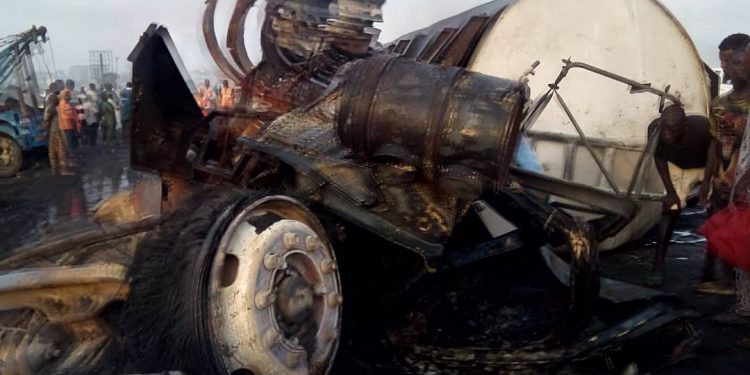 The accident reportedly occurred at about 1am.

The bridge has witnessed several accident in recent times.

Among the vehicles burnt were two trucks owned by Dangote Industries Limited and used cars, popularly known as Tokunbo, which were in a car mart close to the scene of the accident.

The driver of the petrol-bearing truck and his truck boy were burnt to death in the accident.

A gridlock immediately began, with drivers said to have resorted to driving one way.

As at press time, trucks of the Federal Road Safety Corps had arrived at the accident scene to remove the debris.

However, there has been little progress as at press time, with traffic having built up well into Lagos State and from the Ogun State end of the expressway into Lagos.