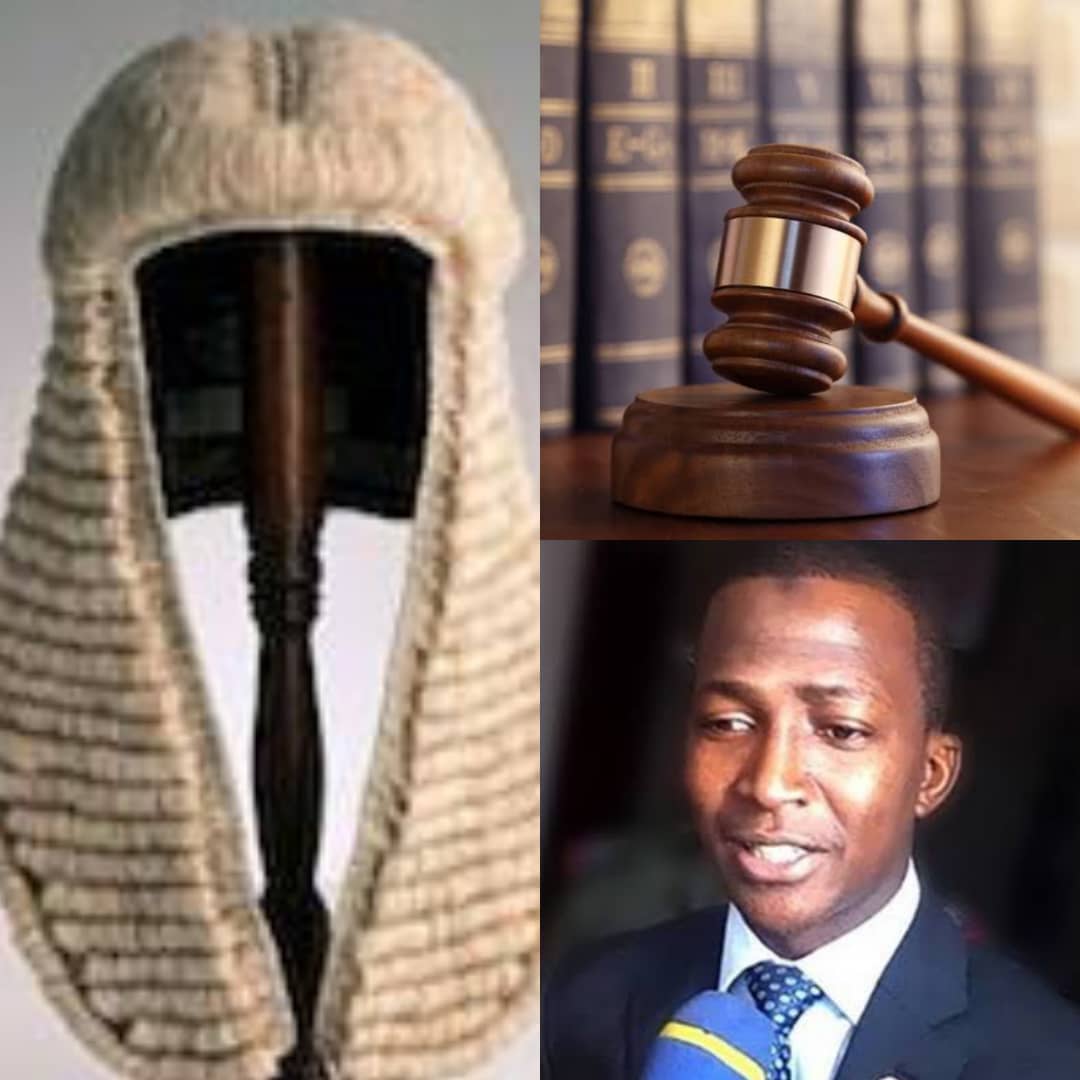 The new Chairman-designate of the Economic and Financial Crimes Commission, Abdulrasheed Bawa, who is expected to face Senate screening soon, is beset by a legal hurdle following a controversy surrounding his rank.

It was learnt that a lawyer, Osuagwu Ugochukwu, has filed a suit before the Federal High Court in Abuja seeking to stop the Senate confirmation of the chairman-designate, The Punch reports.

The court document marked FHC/ABJ/CS/196/2021 was received at the Office of the Senate President on Thursday, according to an acknowledgement copy obtained by our correspondent on Friday.
It was learnt that the leadership of the Senate, the Presidency and the Office of the Attorney General of the Federation were holding talks as to how to address the issue in order to avoid a repeat of the last screening exercise where the then nominee, Ibrahim Magu, was rejected twice by the Senate.
Bawa is also believed to be a kinsman of the AGF, Abubakar Malami (SAN). Malami played a major role in the removal of Magu and reportedly recommended Bawa’s appointment to the President, Muhammadu Buhari.
The new nominee, who is a member of the pioneer Course 1 of the EFCC Cadet Officers, is a Level 13 officer. However, the EFCC Act states that in appointing a chairman of the commission, such an appointee must be at least an Assistant Commissioner of Police or equivalent.
The EFCC Act, however, may not have envisaged that a member of the core staff of the EFCC would become chairman and does not state what the equivalent of an Assistant Commissioner of Police would be in the EFCC cadre.
Bawa, who joined the EFCC in 2005, has been in service for 15 years and is believed to be a seasoned detective. However, there has been controversy over what the equivalent of a Level 13 officer in the EFCC would be in the police.
In the originating summons filed by Ugochukwu, it was argued that Section 2 of the EFCC Act states that the EFCC shall have a chairman who shall be the chief executive and accounting officer of the commission; be a serving or retired member of any government security or law enforcement agency “not below the rank of Assistant Commissioner of Police or equivalent; and possess not less than 15 years cognate experience.”
Ugochukwu asked the court to determine whether a Level 13 officer is the equivalent of an ACP.
The plaintiff subsequently sought two reliefs, including “a declaration that the 2nd defendant (Bawa), who is a Grade Level 13 public service officer and not an Assistant Commissioner of Police or its equivalent is not qualified to be the chairman of the EFCC” and “an order of perpetual injunction restraining the first defendant (Senate) from confirming the appointment of the second defendant (Bawa) as chairman of the EFCC.”
Meanwhile, the Centre for Anti-Corruption and Open Leadership has written a letter to the Senate asking the upper legislative chamber not to confirm Bawa as the EFCC chairman.
This is according to a letter titled ‘Don’t Confirm Abdulrasheed Bawa’s Appointment as EFCC Chair until He Clears His Name of Corruption Allegation; Appeal to the Nigerian Senate,’ which was signed by the Executive Director of CACOL, Debo Adeniran.
CACOL said Bawa was alleged to have diverted 224 forfeited trucks while he was the Port Harcourt zonal head of the commission and is also rumoured to be a cousin of the AGF.
The group further argued that Bawa is not up to the level of an ACP and is thus not qualified to be chairman of the EFCC.
“The EFCC law is an Act of the National Assembly, hence the Senate must not overrule itself by breaching a critical provision in the appointment of EFCC Chairman.
“It is against this background that CACOL is appealing to the Senate to please take the pains to dig deep into Mr Abdulrasheed Bawa’s record of overall performance, as well as that of corruption allegations levelled against him.
“Howbeit, if the rumour making waves in some quarters, which has also been confirmed by some sections of the media, is anything to go by, we would say Nigerians’ hope for a corruption-free society has been dashed with the nomination of Mr Abdulrasheed Bawa as the chairman of the EFCC,” the letter read.
Bawa, who was accused of diverting recovered assets, was, however, absolved of any wrongdoing by the EFCC in a statement signed by its spokesman, Mr Wilson Uwujaren, on Tuesday.