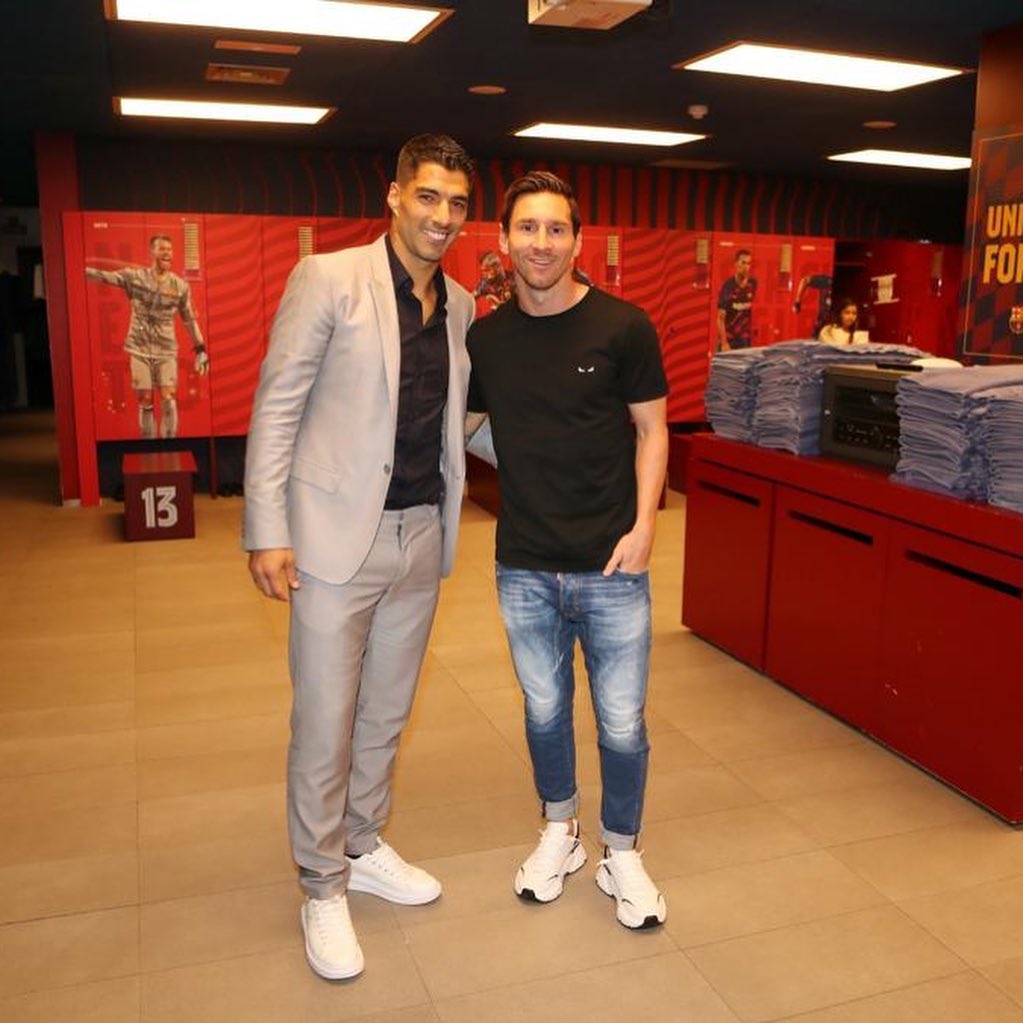 After Luis Suarez a close friend of Lionel Messi was let go by FC Barcelona, the multi award winning player, Messi , has expressed anger on the way his friend was offloaded.

NAIJA NEWS NG reports that Messi accused the club’s president, Josep Maria Bartomeu of treating his friend badly and throwing him out.

“I had already begun to imagine it but today I went into the dressing room and it truly dawned on me. It’s going to be so difficult to not continue to share every day with you both on the pitches and away from them.

“We’re going to miss you so much. We spent many years together, many mates, many lunches and many dinners. So many things we will never forget, all the time we spent together.

“It will be strange to see you in another shirt and much more to come up against you on the pitch. You deserved a farewell that fit with who you are: one of the most important players in the history of the club. Someone who achieved great things for the team and on an individual level.

“You did not deserve for them to throw you out like they did. But the truth is that at this stage nothing surprises me anymore.”

An emotional Luis Suarez on Thursday said goodbye to the club and Messi . Suarez helped the club win four LaLiga titles, four Copa del Rey crowns, and the Champions League in 2015. He scored 195 goals and provided 113 assists in 283 outings for the club before his exit.