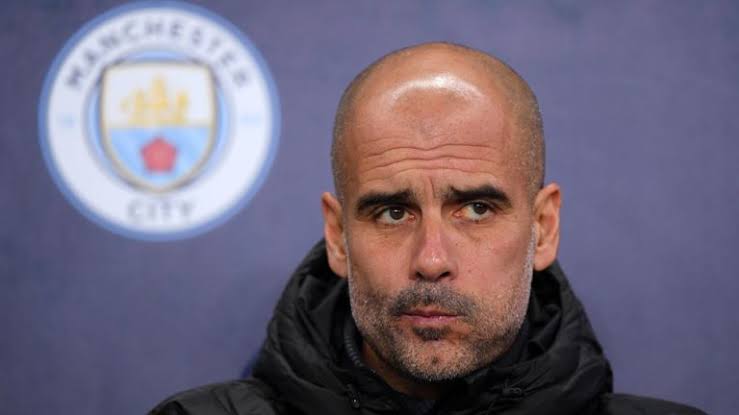 Pep Guardiola has told Sky Sports that he is not the best Coach in the world. He said his achievements so far is due to the fact that he coaches top clubs with quality players .

He also said Liverpool is the best club in the world right now . Read excerpts from his interview below:

Guardiola has won numerous trophies while in charge of Barcelona, Bayern Munich and Manchester City.

He has won eight league titles across Spain, Germany and England as well as lifting the Champions League twice at Barcelona with his ‘tiki-taka’ passing style of play lauded by football analysts and enthusiasts.

But Guardiola destined to miss out on the EPL title this season with Liverpool the heavy favorites, believes he is still able to secure silverware because he manages a team as good as Manchester City, suggesting he won’t win if he wasn’t managing a good team.

When it was suggested to him that he is the best manager in the world, Guardiola told Sky Sports : “I was,” before taking a step back to say that he never once thought of himself in such high regard.

“I was, What is the best coach in the world?” he added. “I never felt I am the best, never in my life.

“When I won six titles in a row in Barcelona and won trebles, I never felt that. I won because I had extraordinary players at big clubs.

“Give me a team that is not like Manchester City, I am not going to win.”

Guardiola also hailed Liverpool as the best team on the planet. saying Jurgen Klopp planned their success after becoming the club’s manager in 2015.

“It was a process. New players, investment, more and more, and after they got them they are the best team in the world right now.

“Sometimes people believe if you are Pep, Jurgen, or you are another [big] name, you have to win all titles every season with 2000 million points and 2000 million goals.

“Sometimes it’s not possible, sometimes because of the opposition, sometimes you cannot do it. Not all the time in any sport has a team won everything every season all of the time.”

Man City Vs Burnley, Villa Vs Chelsea To Air On GOtv This Weekend

Arsenal vs West Ham, La Liga, Serie A Games To Air This Weekend On GOtv

JAY Z : I Wasn’t Protesting At The Super Bowl