Worried by the high rate of unemployment in the country, the duo of Mastercard Foundation and Enterprise Development Centre (EDC) have collaborated to train and fund 40,000 youth per year in the spate of 5 years.

To actualize this vision, Mastercard Foundation and EDC revealed that they have already partnered with Sterling Bank and the Lagos State Employment Trust Fund (LSETF), to provide finance at nine per cent interest rate to all the trainees of the program to start their respective ventures.

Bamkole said Mastercard Foundation is behind the initiative to train 200,000 Nigerian youths in the period of five years and to also fund the trainees adequately to start, grow, and become employers of labour as against roaming the street, looking for jobs that are not available.

He said: “The program will also provide support and resources to young people who want to become employable in the creative and agricultural sectors.

According to him: “… the idea is that as we train them and build their capacity, we will equally support them as they create a minimum of 200,000 jobs…the programme has so far been transformational. They people present today are a very small segment of over 10,000 that have already benefitted from this programme and we urge Youths who are yet to join this programme to please get on board, go onhttp://reg.smetoolkit.ng/betransformed and join the “Transforming Nigerian programme”

Lawanson further explained that: “This initiative will prepare and enable young people to pursue their aspirations and create productive livelihoods for themselves and others.”

She noted that “We at Mastercard Foundation, are very strong on capacity building and financial inclusion. So, we have had interventions across more than 100 countries but in 2016, when we clocked 10 years, we went through an internal strategy to come up with what we called Young Africa Works strategy, which is unlocking employment and entrepreneurship opportunities for 30 million young Africans by the year 2030.”

She stated that “All the indices in Nigeria shows that if you want to target the youth, age 18-35 , agriculture is a strong area for Nigeria, which create about 60 per cent work opportunities. There are a lots of value chain in the agricultural spectrum and the second space where the youths really want to be is the creative industry and they are the second largest employer of labour for youth in Nigeria.

“We look at partners who can implement on our behalf, because the foundation does not implement, so we look for credible partners who have the expertise to train youths. Now this transforming youth projects with EDC is for five years and we collaborate with them, with their expertise and learning modules and we can boldly say, so far, so good, with the growth and trend we have experienced.

Also, executive secretary of Lagos State Employment Trust Fund (LSETF), Teju Abisoye said that Lagos State government mandate is to tackle unemployment, saying that unemployment rate is Nigeria is 40 per cent and Lagos alone has 7.14 per cent, which was estimated to over seven million people to be out of job,

She noted that this calls for urgent attention, saying that “Our job is how do we strategically deal with unemployment issues and tackle poverty, and we have been doing a lot on this in reducing unemployment rate.”

“We will continue to represent a credible pipeline of people that can get access to funding and see how we can create a program or a process that is much faster. So as soon as you are done with your program, the funding is almost automatic, as long as you bring the required processes required.”

According to her, the grant ranges from N50,000 to N5 million depending on the nature of the business. “We are excited about this initiative, supporting businesses in the next five years for resident and those based in Lagos state is very exciting to us.”

Mastercard Foundation and the Enterprise Development Centre (EDC) launched the Transforming Nigerian Youths program in 2020 and applications are open for young Nigerians, especially women within the age range of 18 to 35. 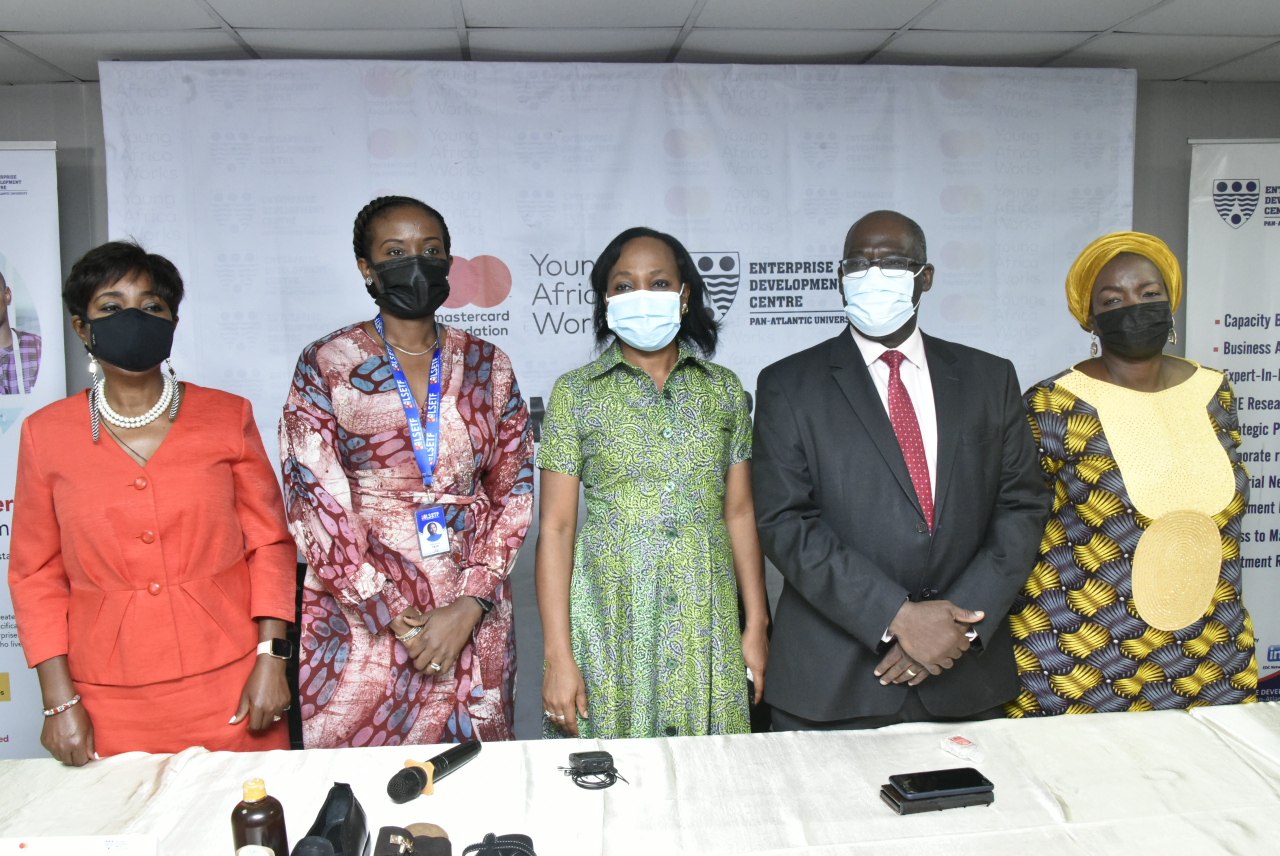 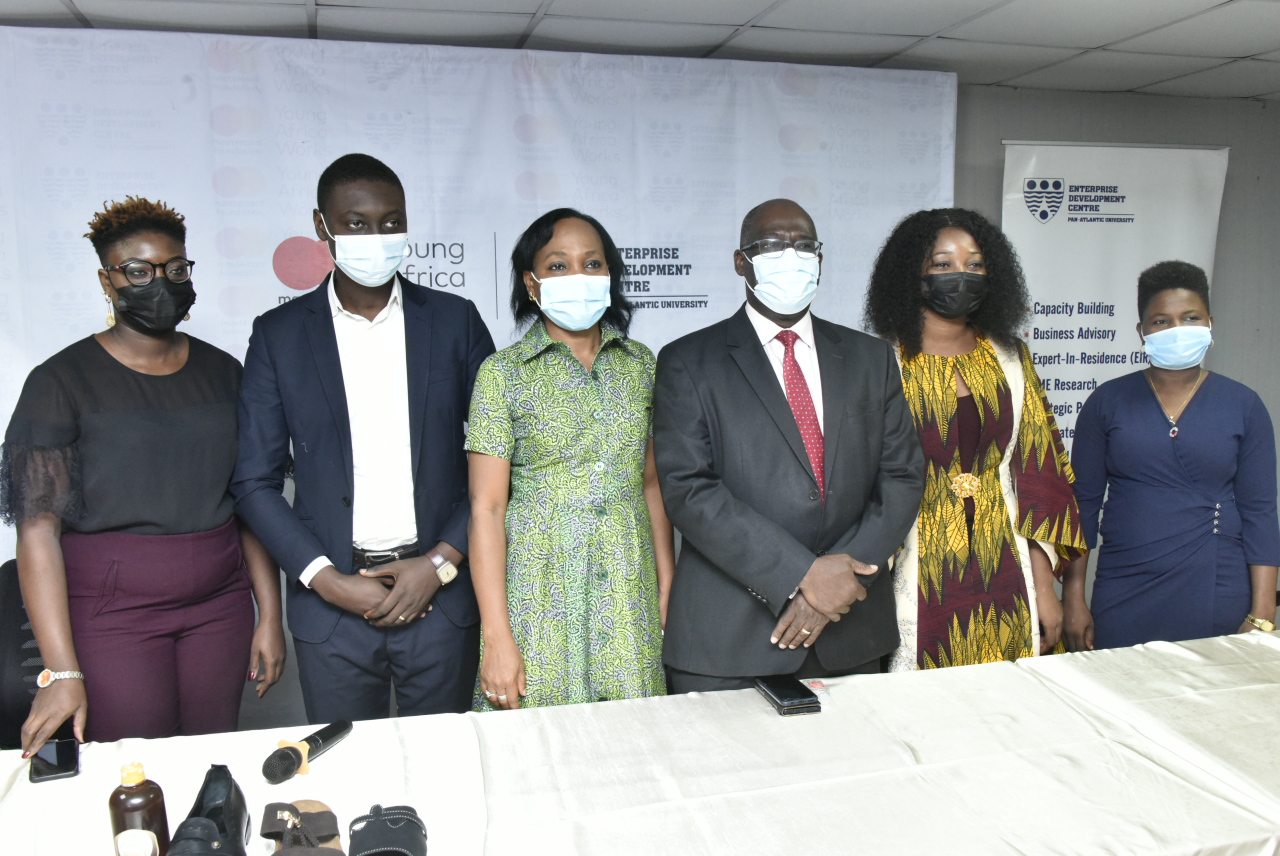