by Admin
in Young Tycoons

Kanye West worked on Yeezy with Bianca Censori for many years . TMZ reported that both high flyers had a private ceremony to celebrate their union .

Insider sources reveal that the lovers had some sort of wedding ceremony but hasn’t filed a marriage certificate to legalize their union. 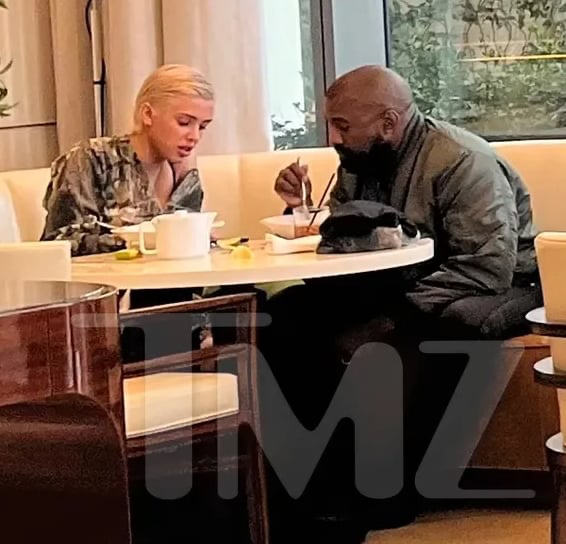 To prove the fashion icon has remarried, a picture of him wearing wedding band on Sunday, January 8 while arriving with Bianca Censori at Waldorf Astorie in Beverly Hills can be seen below.

The lyrics seem to give clues as to why he wanted a quick wedding ceremony.

He rapped, “And The Bible said, ‘I can’t have any more sex til marriage'”.

What does Bianca Censori do for a living?

Censori is an architectural designer at West’s brand Yeezy.

According to her LinkedIn, she’s been in the role since November 2020 — just over two years.

How old is Bianca Censori?

Censori is around 27 years old — about 15 years younger than West.

What are her Instagram or other social media handles?

What is Bianca Censori’s background?

Censori is originally from Melbourne, Australia, and now lives in Los Angeles.

In an interview with Vogue, Censori said she splits her time between the cities.

“The pandemic was the first time in a long time a lot of Australian creatives were brought back to one place,” Censori told the magazine.

“Melbourne felt like this melting pot of global creativity. People began to cross disciplines and collaborate in ways I hadn’t experienced before.”

“In Melbourne I can cultivate my creativity and LA is where I apply it,” she added.

She has both a Bachelor’s and Master’s degree in Architecture from the University of Melbourne, according to her LinkedIn.

After graduating high school, she started a jewelry brand called Nylons Jewellery, which she continued to run while she got her degrees. She went on to become a design consultant at Kelektiv and a student architect at DP Toscano Architects before starting her career at Yeezy.

Bianca Censori is around 27 years old — about 15 years younger than Kanye West.

She’s usually a brunette, but she recently changed her look to blond — which sparked confusion among West’s fans.

When did Bianca Censori and Kanye West meet?

It’s unknown exactly when the two met or when their relationship started, but given that Censori started working at Yeezy in November 2020, it’s thought that they met sometime around then.

Sterling One Foundation Wins Big at the ECOSEA 2022 Awards

Peter Obi to speak at Chatham House on Monday

Peter Obi to speak at Chatham House on Monday