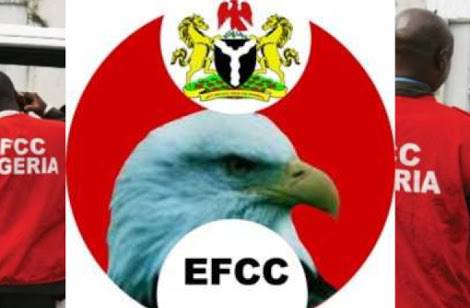 Mohammed Umar has taken over the throne Ibrahim Magu reigned on . Magu’s suspension opened the door for another to take charge of the anti-graft agency.

According to NAN, Mohammed Umar before Ibrahim Magu’s dethronement was the Director of Operation at the Economic and Financial Crimes Commission (EFCC). Umar will run be running the affairs at the EFCC in acting capacity until the Federal Government decides otherwise.

In accordance with the operational hierarchy and going by convention, the Director of Operations is next in line to take over from the Chairman so in Magu’s absence, the natural thing to do is for Mohammed Umar to sit on the dreaded throne of the EFCC.

NAN reported that a high ranking officer of the agency confirmed that Umar now reigns over the affairs at the commission.

Ibrahim Magu the suspended Acting Chairman of the EFCC was compelled to face a panel led by Ayo Salami retired president of Appeal Court investigating him on allegations of gross misconduct.

Since then allegations of how he couldn’t account for N39 billion from the recovered loots and how he has been selling off seized properties to associates have been going viral on online.

NAIJA NEWS NG also brought you the statement credited to Senior Advocate of Nigeria, Mike Ozekhome, who claimed he wrote to Vice President Yemi Osinbajo about Mahu’s corrupt EFCC in 2017.