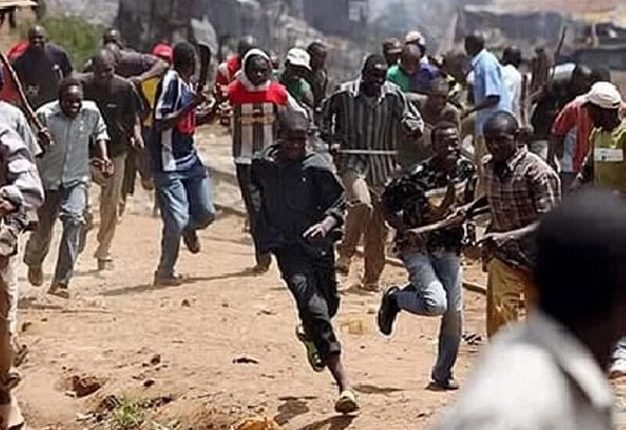 Miyetti Allah Cattle Breeders Association of Nigeria, MACBAN, has revealed the group responsible for the terrorism attacks on Southern Kaduna .

NAIJA NEWS NG reports that Ibrahim Bayero Zango the spokesman of MACBAN said Nigerians should blame the fresh killings in Southern Kaduna on Zango Kataf youths. He said the blood thirsty group waylaid Fulani herdsmen on international routes . Zango urged Governor El Rufai to fish them out and deal with them accordingly.

Zango condemned the sad incident with these words “viciousness and inhuman killings and destruction of property of innocent nomads that took place in some parts Zango Kataf Local Government Area of Kaduna State, particularly in some villages of Atyap Chiefdom.

“The question that requires to be answered is the relationship between the farmland in dispute and the crisis, which caused the killings of innocent Fulani nomads in the areas mentioned above by the Kataf youth in which two innocent Fulani nomads were killed at Ungwan Gaiya near the palace of the Chief of Kataf in the house of Alhaji Ja’e, who has been leaving in the area for almost a century.

“The two men that were killed are Abdullahi Ja’e and Pate Ja’e who were in their early thirties. Another two young men with an elderly woman were killed at Ungwan Juju.

“Four others were killed at Gora Sagwaza and one person was killed at Matai.

“We also condemned the barbaric acts of the Kataf youths, who waylayed and killed some Fulani nomads, who were passing by through the International Cattle Routes, which cross the areas on their ways to Bauchi State.

“Their cattle and other belongings were destroyed or stolen by the blood-thirsty Kataf youths. The number of those that were killed and the sheep are yet to be confirmed.”

Recall that the Southern Kaduna Peoples Union, SOKAPU, had raised an alarm that its area was under a siege by Fulani armed men.

SOKAPU had alleged of genocidal campaign by Fulani militia.

The group claimed victims were mostly kids, women and the aged.”

Miyetti Allah Cattle Breeders Association of Nigeria has been in several controversial cases in Nigeria. Miyetti Allah has also set up its own security outfit called Miyetti Allah Vigilante .

See Why This Pastor Said No Girl Will Go To Heaven