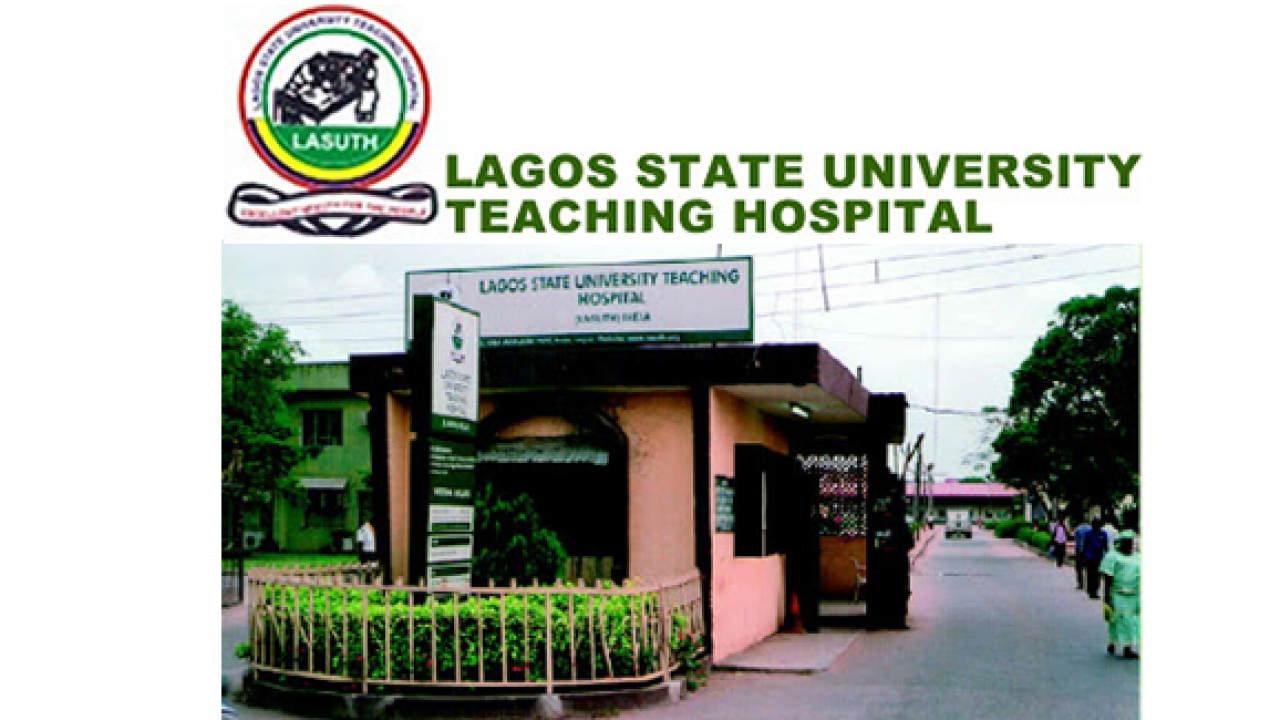 A woman, Mrs Harriet Iziehi, whose daughter had a successful open heart surgery at the Lagos State University Teaching Hospital, Ikeja, has taken to the social media to pay tributes to the cardiology team at the hospital.
Harriet, while urging Nigerians to patronise LASUTH , said her experience at the medical facility showed that all hope was not lost in the country’s health sector.
She commended the hospital’s consultant cardiothoracic surgeon, Prof Bode Falase, whom she described as empathetic.
The woman recalled that her 19-year-old daughter, Joe-Imhanwa, was diagnosed with a hole in the heart at the Lagos University Teaching Hospital, Surulere, around October/November 2019.
According to her, the family was eventually referred to LASUTH for further treatment.
“I was not comfortable with government hospitals because I had an experience more than two decades ago with government hospital, whether it is federal or state. So, I did not want to have anything to do with them.
“But I did my investigation with private hospitals, and the price was skyrocketing; prohibitive for us that time because of our financial situation. I decided to go with LASUTH, not by choice, but because of the consultant cardiologist, Prof Falase.
“Even when we did not have money to come forth, he kept chatting up my daughter, encouraging and checking up on her. I was amazed and thought, ‘do we still have people like this in Nigeria?” she added.
She said after the lockdown caused by COVID-19 was over, Falase continued to urge the family to do the operation, including offering to assist in raising funds.
Harriet said after the family eventually paid the surgery fee, which was below the amount demanded by private hospitals, her daughter went in for the operation on October 12, 2020.
“The surgery was very successful. My daughter woke up even before the time they thought that she would wake up. I was asked to come into the Intensive Care Unit. I opened the door, and boom! It was like I had entered a hospital abroad. Is this in Nigeria? It was so well equipped and neat that I was in awe. And I was like, ‘how come people did not know about a place like this?’” she queried.
She appealed to the Lagos State Government to keep the cardiology team in the country and maintain the facilities at the hospital.
Harriet also asked Nigerians not to travel abroad for heart surgeries, saying they could be at LASUTH and at cheaper rates.
Her daughter, Joe-Imhanwa, said despite the fear she had while going for the operation, the soothing words of the nurses and doctors aided her quick recovery.
“Even when I was moved to the general ward, the treatment did not reduce; they were still encouraging me. Even when I did not feel like waking me up on some days, they would tell me, ‘looking at you alone, you are a miracle,’” she added.
The Chief Medical Director of LASUTH, Prof. Adetokunbo Fabamwo, said the state Governor, Babajide Sanwo-Olu, had seen the video and was happy with the feedback.
He, however, noted that the woman and her daughter did the video without any prompting from the hospital.
“This is not the first time that we are doing open heart surgery with local staff. It’s only that she is the first person to give an open testimony. In the last one year, LASUTH has been doing open heart surgery with local staff without inviting expatriates or anybody and at rock bottom prices. We have the best cardiothoracic unit now in Nigeria,” he added.
Fabanwo assured that the cardiology team would be duly  rewarded by the system.
Here is the link to the video-
https://www.instagram.com/tv/CG3PrpEjAgq/?igshid=fatinmmrog0x

Related Topics:daughter eulogise LASUTH after life-saving heart surgeryLASUTHMother
Up Next