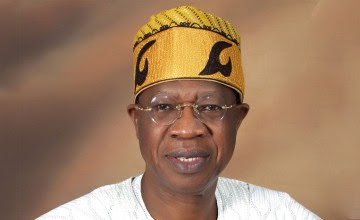 According to Vanguard, the four platforms have been forced to consider a discontinuation of investments in Nigeria because of the 6th Broadcast Code recently released by the National Broadcasting Commission (NBC).

Creative and broadcasting industry sources disclosed to Vanguard that the four platforms, which have invested enormously in local content production that are exclusive to them, are convinced that the new broadcast code is a huge threat to their investments, as it seeks to end exclusivity to broadcast properties and compel re-sale or sub-licensing to other broadcasters, including direct competitors. Sources told our correspondent that the new code makes exclusivity illegal, compels content sub-licensing and aims to regulate the prices at which content is sub-licensed.

According to an industry source who spoke to Vanguard, the broadcast platforms view Sections 9.0.1 to 9.0.3 of the broadcast code represent a direct assault on investors, as it erodes the possibility of reaping dividends on their investments.

“These sections prohibit broadcasters from entering into rights acquisition agreements that do not allow the sub-licensing of such rights in Nigeria. The implication is that any such agreement entered into is void,” she explained.

An Enugu-based industry source also revealed to Vanguard that Sections 9.1.1.8 to 9.1.1.11 of the Code are most injurious to investors in the industry. The sections provide that a broadcaster must sub-license a programme in any genre if such enjoys massive viewership among Nigerians.

The implication of this, explained the source, is that investors, who fund the development of hit movies, series and shows, will be forced to sub-license that programme irrespective of whether or not they have recouped their investments.

“This isn’t just silly, but also wicked. It amounts to uncompensated use of intellectual property. The proper thing is for a broadcaster to freely bid for, negotiate or acquire rights at prices dictated by the market and on terms acceptable to channel suppliers,” he said.

He further explained that forced sub-licensing will inhibit investments, especially by foreigners in the content creation and broadcasting industry.

“I wasn’t surprised to learn that Netflix and Amazon are fretting. They should fret because they have invested heavily in the acquisition of Nigerian content. They are yet to recoup their investments, but you’re saying they must sell to competitors. Do you think other investors will be encouraged to come and invest? No. AfricaMagic has spent tonnes of money buying and creating local content. They are right to panic. So is Irokotv,” he said.

A former content producer explained that the broadcasting industry is already a difficult terrain to operate and has been made worse by the new code. He stated that the NBC is seeking to turn private enterprise into state property and be the one to determine the scale of dividends an investor should reap on his investment.

He argued that broadcasters will invest only if they are certain that the content on their platforms will help differentiate their offerings and they are able to sufficiently recoup what they invested. He warned that NBC’s interference in broadcasters’ freedom to trade will discourage investment in the broadcasting industry, Vanguard reported.