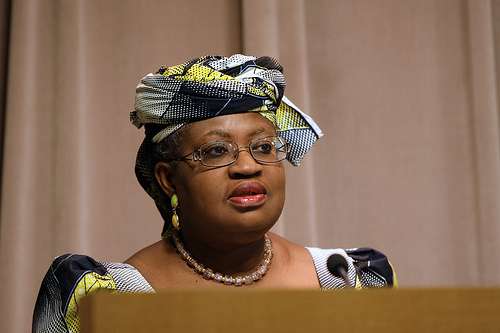 Naija News NG can report that Ngozi Okonjo-Iweala was not Muhammadu Buhari’s first choice nominee to contest for the position of director-general of the World Trade Organisation (WTO). Buhari first nominated Nigeria’s permanent representative to WTO, Yono Frederick Agah but his nomination was later withdrawn.

“President Muhammadu Buhari has approved the nomination of Ngozi Okonjo Iweala, former coordinating minister for the economy, for the position of director-general of the World Trade Organisation (WTO), The Cable reports.”

The election will hold in Geneva, Switzerland in 2021.

The four-year term would then run from 2021 to 2025, after the former director-general of the organisation, Roberto Azevedo, stepped down a year to the end of his second term.

Ngozi Okonjo-Iweala presently chairs the Global Alliance for Vaccines and Immunization (GAVI) and also sits on the board of Twitter.

IBRAHIM MAGU : See Who Might Be Next EFCC Chairman