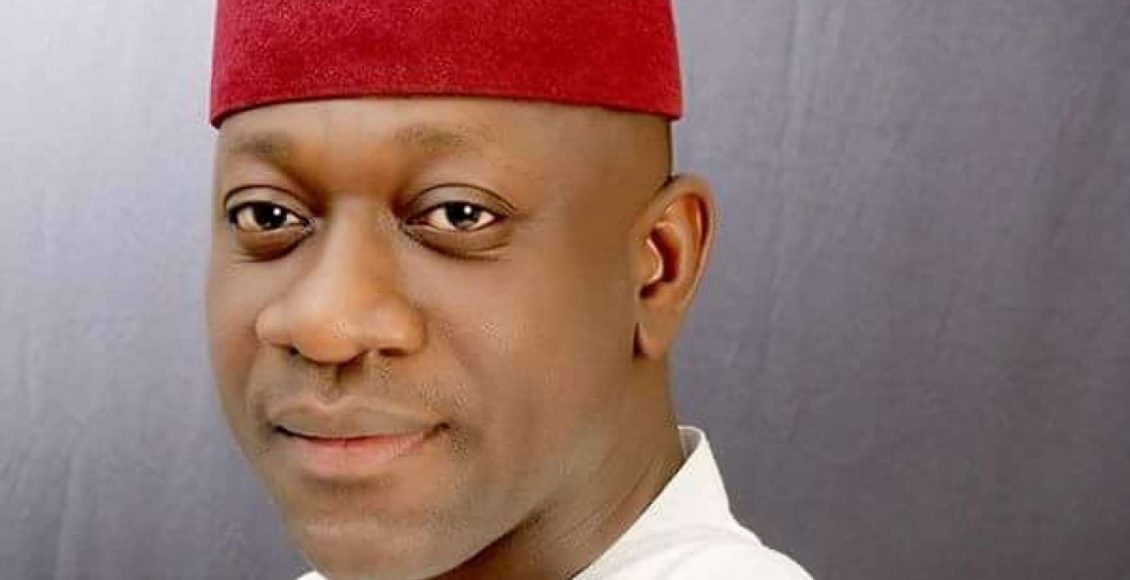 The Court of Appeal sitting in Kaduna on Friday ordered fresh election into the Kiru/Bebeji Constituency Federal Constituency seat in Kano State.

Abdulmumin Jibrin who is a former chairman of the House of Representatives Committee on Appropriations, was declared winner of the election for the seat in February. But the result was challenged by the candidate of the Peoples Democratic Party, Aliyu Datti Yako.

Yako’s petition was thrown out at the election petition but he appealed the judgement. Justice Ajoke Adepoju in delivering judgment said the election in the two local governments of Kiru and Bebeji could not stand as the final result contained in Form EC (8) E was mutilated.

Reacting to the judgement, Jibrin said he remained unshaken. Jibrin, in a statement on Friday night, faulted the court on the judgment, arguing that it was against the precedents set by the Court of Appeal and the Supreme Court.

Barely three months after President Muhammadu Buhari ordered the closure of all land borders in the country, the Federal Government says it has seized over N2.3tn worth of contraband as a result of the intensive joint border patrol by security agencies.

President Muhammadu Buhari had on August 20 ordered a partial closure of Nigeria’s land borders in order to check smuggling of contraband into the country through the neighbouring countries.

But, in an interview with one of our correspondents on Thursday, Attah said the joint border security, consisting of all the agencies working together, had recorded some achievements, while the NCS as a separate entity had recorded some feats as well.

According to him, some of the items seized are “437,225 jerrycans of Premium Motor Spirit, popularly known as petrol, 363 vehicles, 32,814 bags of rice as well as several drugs, ammunition and guns.”

He added that 203 illegal migrants and eight traffickers had also been arrested.

The closure of the land borders had drawn the reactions of leaders of some neighbouring countries, including Presidents Nana Akufo-Addo of Ghana and Patrice Talon of Benin Republic.

There had been reports that the closure had severely affected the economies of the neighbouring countries, especially Benin Republic.

President Buhari had during a meeting with his Beninois counterpart, Patrice Talon, on the margins of the Seventh Tokyo International Conference for African Development, in Yokohama, Japan on August 28, 2019 said the partial closure of Nigeria’s borders with the Benin Republic was to curb smuggling of rice through that corridor as well as secure Nigeria’s land and maritime borders.

Akufo-Addo also said on Tuesday while addressing the delegation of a commercial bank from Nigeria that he was still hopeful that talks between his country and Nigeria over the closure of the land borders would yield a positive result.

“There is a lot of room for continuing talks between Nigeria and Ghana in order for a breakthrough to be reached,” he added.

But, the Comptroller-General of Nigeria Customs Service, Col Hameed Ali (retd.), had earlier said that the closure would be sustained until neighbouring countries complied with the ECOWAS protocols on transit of goods.

He stressed that the closure of the border by the Federal Government was undertaken to strengthen the nation’s security and protect its economic interests.

Ali, at a meeting with border stakeholders, comprising freight forwarders and security agencies on September 26 at Seme, said the closure was not intended to hurt anyone but to protect the nation’s interests.

He said, “Our interest is to make sure that our country is secure, the well-being of our people is ensured and our economy is secure. The step we have taken is in the interest of Nigeria; the step is not to hurt anybody but to protect our own interests as a nation.”

While some stakeholders and analysts have described the closure as a setback in the quest for the Africa’s integration, some others, especially farmers, described it as a move in the positive direction.

We can’t vouch for safety of smuggled products – NAFDAC

Meanwhile, following a statement by the Customs boss that Nigerians consuming foreign rice were eating an expired product that was only polished and re-bagged, the National Agency for Food and Drug Administration and Control has said it cannot vouch for the safety or wholesomeness of any food item smuggled into the country.

Ali had while inspecting Area I Command, Port Harcourt and Area II Command of the Nigeria Customs Service, Onne, Rivers State on Wednesday said the NCS must reach out to Nigerians through the media to make them realise the “deadly” effect of what they were consuming.

He said, “We are consuming expired foreign rice and when it causes cancer, we begin to look for who to blame. What they do is that they polish the rice, re-bag them for unsuspecting consumers. That is what we eat.”

But responding to Ali’s comment that some of the foreign rice brought into Nigeria had expired and were re-bagged for sale to Nigerians, the Director for Food Safety and Applied Nutrition, NAFDAC, Mr Sheriff Olagunju, said on Thursday during an interview with one of our correspondents that “when a thing is smuggled, it means it has not passed through the regulated channels.”

He added, “That means we have not seen it. That is why we discourage people from consuming anything that we have not certified. So, anything that is smuggled, whether rice, chicken or anything, as long as NAFDAC has not evaluated it, we cannot vouch for the quality or safety of those products.”

When asked if there was expired rice in circulation as said by the Customs boss, the NAFDAC director said the agency would not be able to affirm or deny such unless evaluation had been done, adding that NAFDAC would not be able to make any sweeping statement without carrying out any test.

Olagunju added, “If anything is smuggled, it will not pass through NAFDAC. If it passes through the regular channel, we wouldn’t allow it to pass through if it is expired. However, we are all aware of the fact that borders are very porous, so we cannot rule out the possibility of some of these products slipping into the country.

“NAFDAC only makes pronouncements after scientific evaluation. So, we cannot comment on something that we have not evaluated. That is our position because everything we do at NAFDAC is based on science, not speculation.

“We cannot just say on the face of it that a thing is bad. Customs may have seen it but if we have not seen it, we cannot say this or that until we have done evaluation.”

President Muhammadu Buhari on Friday called on Nigerians to continue to patronise locally-made products and services to grow the nation’s economy.

Speaking while declaring open the 2019 edition of Lagos International Trade Fair organised by the Lagos Chamber of Commerce and Industry, Buhari stated the Federal Government was committed to its mandate of providing assistance that would guarantee the growth of the Micro, Small and Medium Enterprises. The fair is to run till November 10 at the Tafawa Balewa Square.

News Agency of Nigeria quoted the President, represented by the Minister of State for Industry, Trade and Investment, Mrs Mariam Katagum, as saying, “I want to use this opportunity to reiterate my call for Nigerians to patronise made-in-Nigeria products and services.

“We must accept our new reality of promoting locally-made products as it is evident that this is where our New Nigeria will be realised. That is why I have constantly emphasised that we must be a nation where we grow what we eat and consume what we produce.

“This has wonderfully led to a massive nationwide agricultural re-awakening which without a doubt remains our most viable option for economic diversification as a government and nation.”

Meanwhile, the Governor of the Central Bank of Nigeria, Mr Godwin Emefiele, says if the closure of the border is sustained for the next two years, it is capable of tackling all the security challenges currently being experienced in the country.

Speaking at the first convocation lecture of the Edo University, Iyamho, on Friday, Emefiele stressed that issues of insurgency, banditry and kidnapping would be totally eradicated if the closure is sustained.

He added that if the youth in these vices were gainfully engaged in meaningful activities, the insecurity would reduce to the barest minimum.

The governor, while responding to questions after his lecture titled, ‘The role of monetary policy towards economic growth in Nigeria,’ said, “I can tell you that if our borders remain closed for two years, the issue of Boko Haram, kidnapping, banditry and ‘Yahoo-Yahoo’ (Internet fraudsters) will stop.

While decrying the actions of some neighbouring countries which he said was not helping matters, Emefiele vowed that the apex bank would not allow the country to be used as a dumping ground for smuggled goods.

The apex bank governor explained that instead of some neighbouring countries to develop policies to grow their own economies, they engaged in things that undermined the Nigerian economy.

This just comes days after dad, Kanye, banned his eldest daughter from applying make-up and using other beauty products until she reaches her teens. Interesting throwback photo showing thick side of curvy actress Joselyn Dumas North’s mother, Kim Kardashian, had also voiced how Kanye’s spiritual journey caused tension in her household and especially when it came to the kids, according to E-news. North West is also a big fan of Kanye’s worship Sundays which have been a rise as the rapper also released a full gospel album Jesus is King and a full documentary behind

Kanye West has been against daughter North West, applying makeup or using beauty products – North was pictured alongside cousin Penelope, wearing make-up and a devil costume – Kim Kardashian West had earlier revealed that the born again Kanye’s views were causing a lot of tension to her household Now, what will Kanye say? This is the big question on every fan’s lip after the rapper’s daughter, North West wore a devil costume for Halloween. The spooky season has come with new shifts in the Kanye West household after daughter North West was pictured in a costume mimicking the devil on Thursday, October 31. Read more

EFCC says it is set to prosecute medical doctors who issue fake medical reports to those undergoing trial for financial crimes.

The acting chairman of the commission, Ibrahim Magu, disclosed this, on Friday, during an interactive session with anti-corruption stakeholders and journalists at the EFCC headquarters in Abuja.

“We will extend our investigation to doctors who gives fake medical reports to individuals who are facing different kinds of corruption cases. so we put them on the spot. Some would win Senate and present serial medical results that they cannot appear in court. Some would be brought to the courtroom on a stretcher”.

”Many of these fake medical reports are actually the reasons why many of our cases in court are overstretched and go on for years endlessly,” Magu explained.

Many corruption cases in recent years have been stalled over alleged ailments suffered by the suspects, many of whom the judges have been forced to grant permission to seek medical treatment, usually overseas.  The judges usually act on medical reports presented in court by the defence counsel on behalf of their clients.