NAIJA NEWS NG has compiled top Naija News headlines from Nigerian newspapers today, this means the latest Naija news, top newspaper headlines, and happenings in Nigeria can be accessed on this page.

Soludo Reacts To The Backlash From His Article Against Peter Obi

Anambra State Governor, Charles Soludo has broken silence since his statement against Peter Obi got negative reactions from Nigerians.

Soludo’s Press Secretary, Christian Aburime , in a statement said he doesn’t regret saying what he said about Peter Obi .
He stated that Anambra State Governor had the right to his opinion on the 2023 general election.

READ : Anambra Billionaire Challenges Soludo To Sell Obi’s Investment To Him If Its Worth Nothing

“The governor is not feeling any way threatened even as the article has triggered series of backlashes, threats and criticisms,” Soludo’s aide said.

“What the people should realise is that the governor only expressed his opinion, which is guaranteed by the constitution of the country and that opinion should not warrant threats or abuses.

“The governor’s son, Ozonna, did not disown what the father said. The trending article purportedly claiming that the son disowned what his father said did not emanate from Soludo’s son; it is simply the handiwork of mischief makers in order to blackmail the governor.

“It is not true that ‘unknown gunmen’ are threatening the governor to resign or be impeached. That report is false. Anambra people are behind Soludo and they are happy with what he is doing in the state.

“Nigerians all over the world are free to visit Anambra to see what the governor is doing. There is now law and order; all those impunity that used to be there before are no longer there.

“Soludo has no regret whatsoever because all he said has been said before and he should not be insulted for expressing his opinion.”

PHOTOS : Woman Builds House For Widow With Her Tithe

Mary Nkatha a Kenyan woman has shared how she used her tithe to build a house for her neighbour, a widow , who was living in dilapidated house .

Naija News NG reports that Nkatha said that the money she used to erect the building is the 10 % from a business deal she did last year.

Speaking to Tuko Kenya, Nkatha said she stopped giving offerings and tithes in church and decided to build a house for her neighbour who has been struggling since the death of her husband.

“After I thought about how pastors are taking advantage of other Kenyans in the name of tithe, I stopped giving in church and instead saved all that money so that I could build a house for my struggling neighbour,” she said.

Nkatha said when the idea came to mind, she approached the widow who was living in a shanty and conveyed her interest to build her a better house and she gladly accepted.

Nkatha said she still goes to church but has stopped giving tithes and offerings. 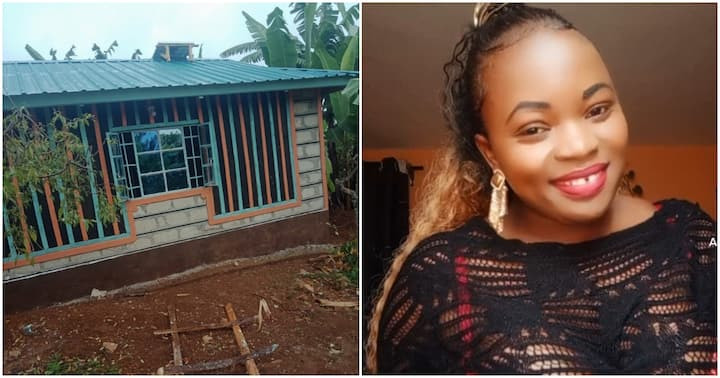 A University of Lagos , UNILAG , student Simon Adokwu slumped and died while playing football in the school’s Akoka premises.

Naija News NG gathered that Simon Adokwu who died on Sunday, November 13 is a 100 level student of Department of Social Work, Faculty of Social Science .

Late Simon who was a budding football star had gone to the field near the University’s Human Resource Development Centre to play football shortly after returning from church. He was playing ball with his peers when he suddenly slumped. He was immediately rushed to the medical centre where the doctor on duty confirmed him dead.

Confirming the incident, the University’s Public Relations Officer, Alagba Ibraheem, said the other footballers claimed the deceased mentioned he was sick but insisted he will go ahead to play some football. She said his parents were alerted after the incident. She added that his body has been deposited at the Lagos University Teaching Hospital, Idi-Araba where an autopsy and post-mortem evaluation is expected to be carried out on him.

Late Simon ran a delivery business in the Akoka area to support himself through school.

May his soul ret in peace, Amen.

300,000 permanent voters cards (PVCs) are yet to be collected in 27 local governments in Imo State .

Naija News NG reports that the Independent National Electoral Commission (INEC) has raised alarm, asking people to come out and collect their PVCs.

INEC’s spokesperson in the state, Dr. Chinenye Chijioke-Osuji who confirmed this, urged residents of the state to pick their PVCs in other to participate in 2023 general election.

READ : Be obedience to God by getting your PVC – Chris Okafor

She also appealed to the citizens to take advantage of the ongoing display of the preliminary register of voters to cross-check the register and put in their claims and objections where necessary.

The INEC spokesperson added that this would enable INEC come up with a clean register for the elections.

“INEC in Imo State craves the indulgence of the citizens, please, as this is a civic responsibility we owe ourselves.”

Aisha Yesufu Reveals What Peter Obi Does After Every Campaign Outing

Aisha Yesufu Reveals What Peter Obi Does After Every Campaign Outing