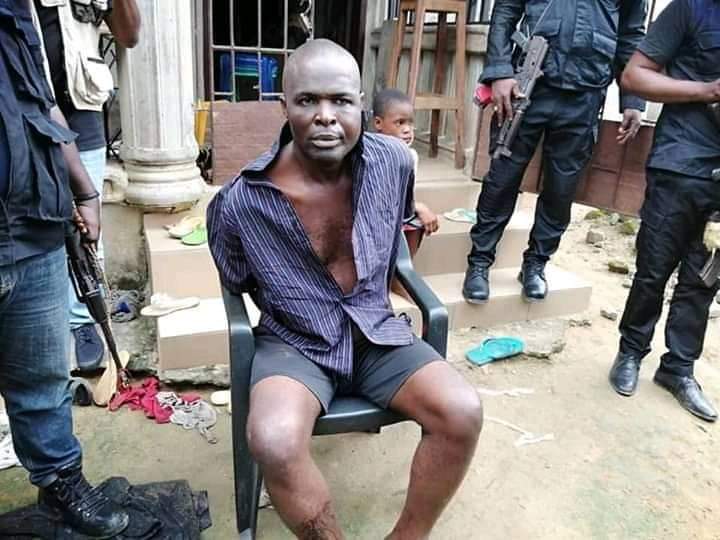 Nigerian serial killer has been apprehended by Nigeria Police with three human skulls exhumed from septic tank in Rivers State.

The Nigerian serial killer, Anthony Ndubuisi, was led by the Nigeria Police officers to his house in Umuebulu, Etche Local Government Area (LGA) in River State where three human skulls and a decomposing body were exhumed from his septic tank.

According a statement made on Tuesday by the Police Public Relations Officer, Rivers Command, Nnamdi Omoni, Anthony Ndubuisi is an Imo State indigene who lives in Umuebulu. Ndubuisi was arrested on Monday by officers of Operation of Sting security team.

“Operatives of the Anti-Kidnapping Unit, in a Sting Operation 29/6/2020 at about 1330hrs, arrested a notorious kidnapper and serial killer, one Anthony Ndubuisi ‘m’ from Ngo-Okpala in Imo State but resides at Umuebulu Etche LGA, Omoni narrated.

“The suspect on interrogation confessed to have carried out several kidnappings and killings, including three Foreign Nationals and a Nigerian, recent, being kidnapping and killing of one Ajumiene Offor, lured from Aba to his house, for a business transaction but kidnapped and killed on 9/6/2020.”

It was revealed to NAIJA NEWS NG that Anthony Ndubuisi who is also a church owner and a shoe seller kills his business associates, mainly the ones he is owing . He kills them in one of his unoccupied houses. 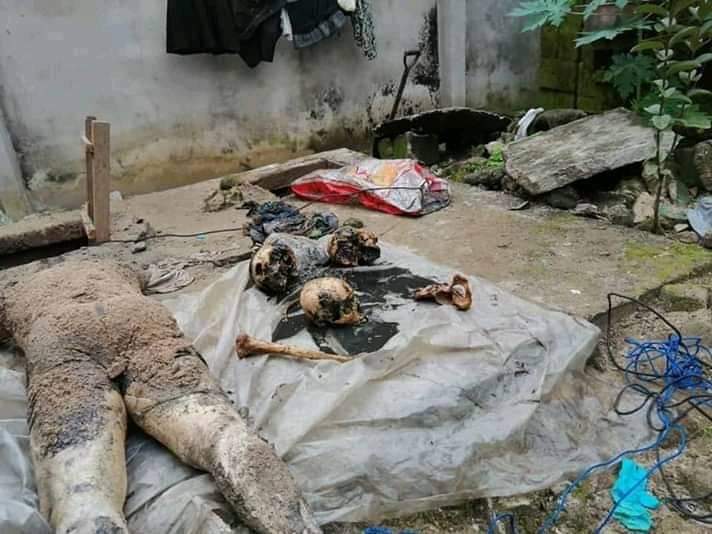