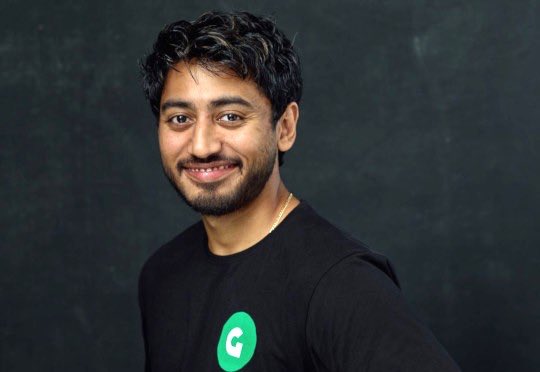 Fahim Saleh the founder of Gokada who was brutally murdered in New York City hotel is trending on Twitter. Nigerians are mourning the 33 years old entrepreneur .

NAIJA NEWS NG brings you the tweets from Nigerians .
Dr. Dípò Awójídé @OgbeniDipo
“Rest in peace Tolulope Arotile, and Fahim Saleh. I pray God gives your families and friends the courage to bear the loss.”
Olayinka 🅙 @YinkaPost
“After reading this Gokada CEO, Fahim Saleh’s murder story, I cannot imagine the state his sister will be in? O God! I hope she gets through the horror”

The remains of Fahim Saleh, founder of GOKADA. May his soul Rest In Peace. We live in a cruel world

Joe Marino @joemarino_
“NYC Medical Examiner removes the remains of CEO and venture capitalist Fahim Saleh . Saleh was found dismembered in his Lower East Side apartment Tuesday afternoon.”
#OurFavOnlineDoc @DrOlufunmilayo
“CEO and founder of Gokada, Fahim Saleh has been killed in New York. His body was cut up without a head, hands or legs. Police later found the head and limbs in the apartment. The electric saw used to slice him up was also found. He was only 33. This is horrible and shocking.”
Abraham Ojes @abrahamojes
“Rest in peace Fahim Saleh. I’m writing this from a place of pain and loss. You were such an inspiration to me and my team. Just last week Uzo and I were on a call with Fahim listening to an offer to absorb us into Gokada and a possible buy out.”

This last video from Fahim Saleh, CEO of Gokada – Passionate entrepreneur. A young man living the life & full of promise. Who could he have engaged that is so evil to cut him to pieces?

“We have a torso, a head that’s been removed, arms, & legs”. Tragic
pic.twitter.com/2ZyWEpJOwD

“I woke up to the disturbing news of Fahim Saleh’s gruesome murder in NYC (CEO, Gokada) & the unfortunate death of Flying Officer Tolulope Arotile (first ever female combat helicopter pilot in Nigeria) to a road traffic accident at NAF Base Kaduna. May their souls Rest In Peace.”

“Allow me lay this blame on LASG. Had the Lagos State not disbanded the activities of Gokada in the state, I’m not sure that young CEO Fahim Saleh would have been hacked to death in NYC. Perhaps, he would have still been in the country, creating opportunities. Ripple Effect.”