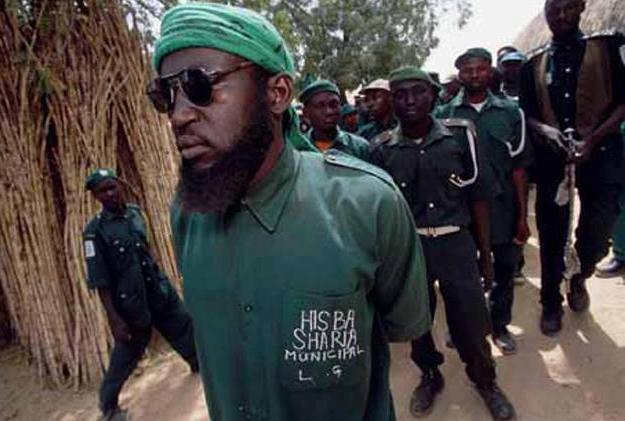 Nigerians have reacted to the letter Hisbah wrote to Cool FM to stop calling Friday “Black Friday” ahead of today’s end of month sales.

The letter titled, ‘Letter of Introduction’ reads in part, “I am directed to write and notify you that the office is in receipt of a complaint for the conduct of ‘Black Friday Sales’ on November 27, 2020.

“Accordingly, we wish to express our concern on the tagging of Friday as ‘Black Friday’ and further inform you that the majority of the inhabitants of Kano State are Muslims that consider Friday as a holy day.

“In view of the foregoing, you are requested to stop calling the day ‘Black Friday’ with immediate effect and note that the Hisbah Corps will be around for surveillance purposes with a view to avoiding occurrence of any immoral activities as well as maintaining peace, harmony and stability in the state.”

NAIJA NEWS NG reports that the letter was signed by Principal Executive Officer II, Abubakar Ali, on behalf of the Commander-General, Hisbah.

Black Friday is an informal name for the Friday following Thanksgiving Day in the United States, which is celebrated on the fourth Thursday of November. The term is used worldwide to mean a day for promotional sales where goods are sold at discounted prices.

Below are the reactions from Nigerians on this.

“Please who could help to compose a Letter of Notofication for today’s Black Friday Sales?

The30bgNipple_god Smiling face with hornsSmiling face with horns
@Oluwajuwonlo232
Wow!! These guys will now come out tomorrow to call some whites racist after we the blacks now see black as evil?? It is not even the blunder “letter of notofication” and “the manger” but the stupid mentality of thinking black is bad and evil. Tuehh Face vomiting I can’t believe I share….”

iamtheOG
@IamtheOGee
Replying to
@ayemojubar
“Letter obviously written by an idiot who can’t spell from “manger” to the subject matter line “letter of notofication” and it gets worse. Gosh!”

“The Manger dey off me. Letter of Notofication? They spell as they pronounce ni SkullSkullSkull

When you see letter of notofication (I had to force my keypad to accept it), you’ll realize that being a Nigerian is so hard. Christ was born in a Manger 😭. #BlackFriday #kano #hisbah pic.twitter.com/fdsB01voT6

Ever since I have known Nigeria, The NG Government and some Nigeria institutions from up North.They have never been accurately positioned.

Aside the blunders “letter of Notofication” and others, At least always POSITION your references for once.

But NO, na to condemn everything pic.twitter.com/WGwngL9I29

End SARS : CNN Clarifies Tweet On Number Of People Who Died At Lekki