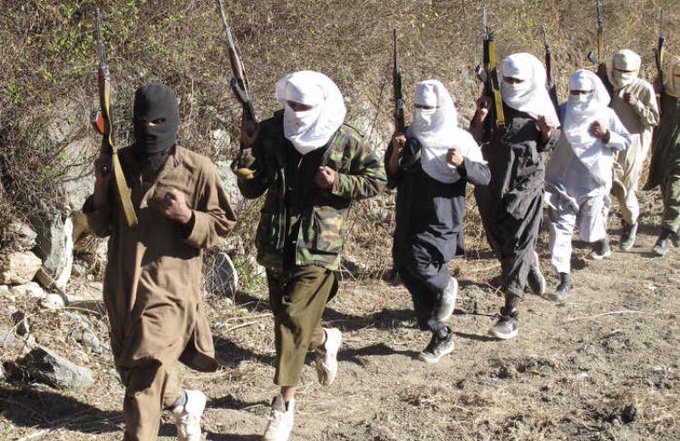 Nigerians are wailing on social media as US report suggests that Al-Qaeda and ISIS are planning to penetrate Nigeria through Southern Kaduna.

NAIJA NEWS NG reports that there has been no comment from Nigerian Army or any of the Presidential aides . The grave silence is what is more troubling to Nigerians . Read the words of the Commander of US Special Operation Command, Africa, Dagvin Anderson , who claimed in a virtual media briefing that Al-Qaeda is expanding to other parts of West Africa.

Anderson said , “We have engaged with Nigeria and continue to engage with them in intel sharing and in understanding what these violent extremists are doing,

“And that has been absolutely critical to their engagements up in the Borno state and into an emerging area of northwest Nigeria that we’re seeing al-Qaeda starting to make some inroads in.

“So, this intelligence sharing is absolutely vital and we stay fully engaged with the government of Nigeria to provide them with an understanding of what these terrorists are doing, what Boko Haram is doing, what ISIS-West Africa is doing, and how ISIS and al-Qaeda are looking to expand further south into the littoral areas.

“Anderson regretted that despite successes recorded in previous years, there has been a setback, adding:

“We as a community of international nations, keep thinking we have defeated them or we have put them on their back foot and that they’re just moments from disintegration,”

Anderson said for international efforts to yield desired results in the fight against terrorism in Nigeria, the government must take the lead.

I think they’ve seen the way President Buhari is treating Boko Haram better than the citizens of this country.

“Nigeria is now a very conducive “Culture Media” for Terrorism to thrive.

Why won’t ISIS or Al-Qaeda pitch a tent here? Afterall, we will ceremoniously blend them into the Society.”

“We shouldn’t be afraid or be dismayed about this ISIS. Been afraid will give them more strength to invade us, lets be strong we will surely defeat them..

I believed Nigeria is blessed by God and God blessed country can’t be destroyed..
Morning to you all”

“Since Buhari have freed Boko haram terrorist that have caused many loss of lives and destruction of community. ISIS and Al-Qaeda have decide to do same in Southern Nigeria so they can repent after the attack and be freed, since Buhari is minister for peace”