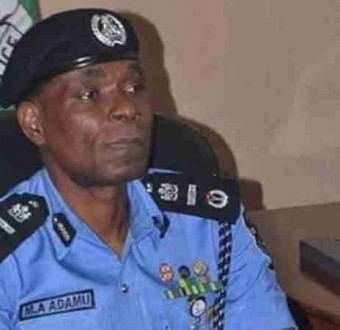 Nigerians on micro blogging site, Twitter , have reacted to the court case by Nigerian Police Force against the End SARS judicial panels.

NAIJA NEWS NG has curated the tweets, read below :

contends that the Judicial Panels of Inquiry is a violation of S 241(1)(2)(a) and Item 45 of the exclusive legislative list of the Constitution
Great Oracle. Recall that I predicted that the
@policeng
would eventually take this course… A leopard cannot change its spots!”

Tope Akinyode
@TopeAkinyode
“The Nigerian Police Force have asked the Federal High Court to stop the #EndSARS panels of inquiry nationwide in suit number: FHC/ABJ/CS/1492/2020. Edo panel had earlier ordered the arrest of ex police officer, Carol Afegbai who failed to appear before the panel.”

Nigerians don’t trust the same organisation that has hidden criminals in it for years to provide justice.

“In short, the govt will end up not doing any of the 5 #EndSARS requests. So much for the “Come to the table” advice.

Look, the Nigerian govt doesn’t understand politeness. But it understands protests and civil disobedience. That must be our language”

“You said you ended SARS after #EndSARS protests so what more did the protesters want. You said you created judicial panels, so why were protesters still on the streets.

Now that you want to quash the judicial panels, I want to ask you: what exactly do you yourself really want?”

This is IG’s suit against #ENDSARS panels at the FHC FHC/ ABJ/CS/1492/2020. This is how someone summed up the @MBuhari x @ProfOsinbajo administration. I agree, it is obvious that even the Presidency and all its Yo-Yo moves is the consequence of strange bed fellows! pic.twitter.com/5SeZHPjpB0

Do you guys know how wild this is? The VP – a SAN – met with the IG of @PoliceNG & @POLICESERVICEC2 before the decision to set up the panels was announced.

6 weeks later, the Police are challenging the validity of the panels of enquiry.

There was no intention to #EndSARS pic.twitter.com/tR0VN0k79a