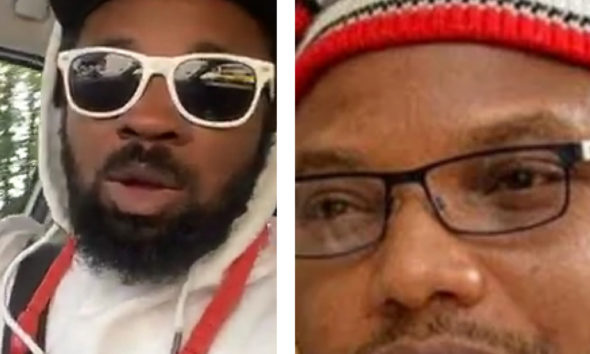 Nnamdi Kanu has again triggered Eze Awo‘s anger and he has returned into the ring to battle the IPOB leader .

Eze Awo threatened to begin series of attacks on the IPOB leader unless 20 Awo Omamma people come out to record a video debunking the narrative that he is a mad man. He said so far only 2 people have complied.

You would recall that the whole of Awka and Arondizuogu people went to war when Odumeje insulted them . Read it here .

People are wondering why Awo Omamma’s great sons and daughters are mute after Mazi Nnamdi Kanu insulted their community.

Primate Ayodele Reveals What Will Happen To Obaseki And Oshiomhole