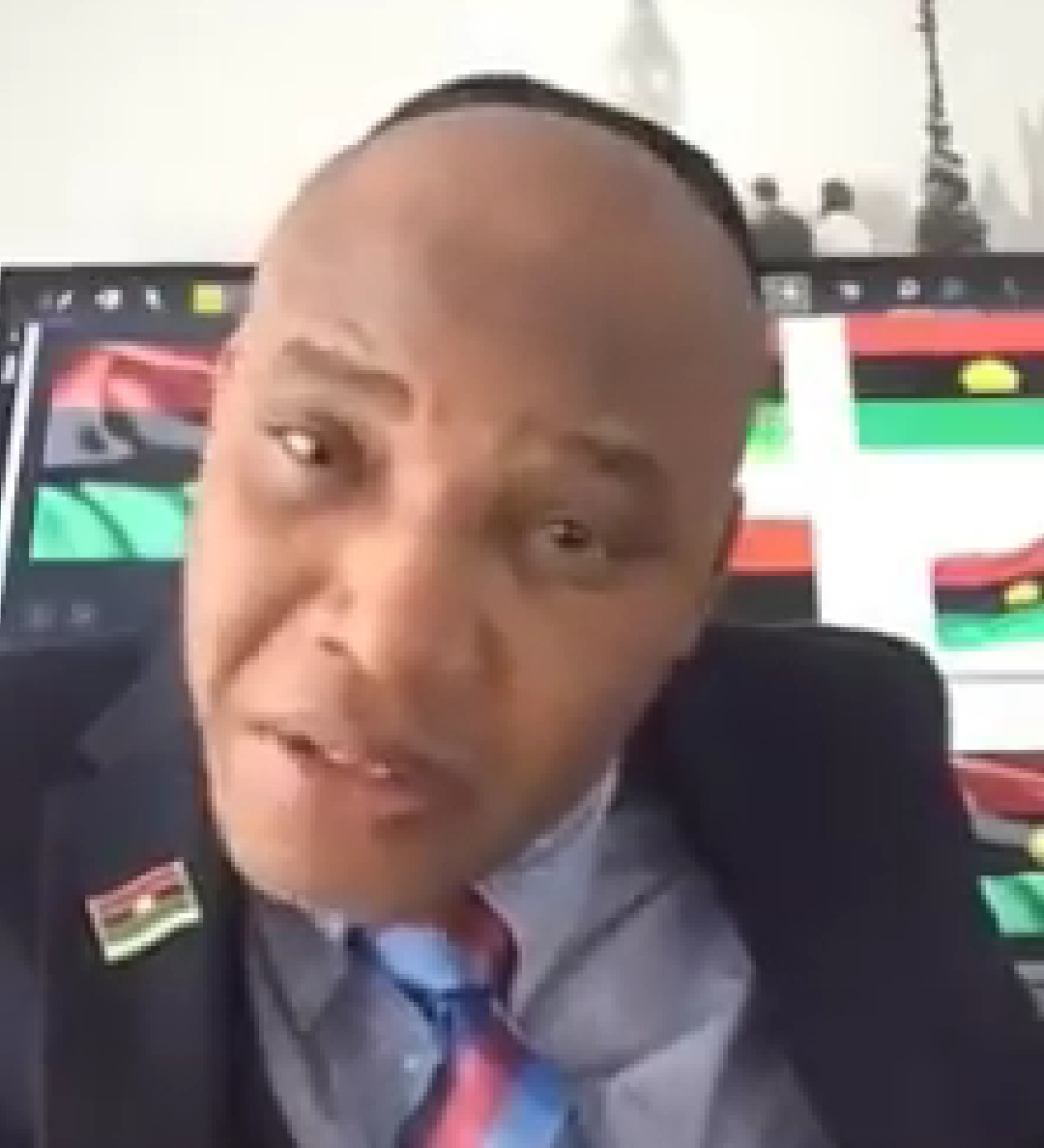 Nnamdi Kanu in a live video has revealed how special the Igbo race is . He said Igbos were the first people on earth.

Naija News NG reports that he started by explaining the Latin meaning for “black” which means Nigger, Negro, gloomy, unlucky . He said that is where the White man coined the name Nigeria .

“See the name you are defending, see why I say Nigerians are stupid, your name is darkness and you want NEPA to give you light?” .

“In that Bible that Adeboye is bleeding you dry from, black means in Christianity moaning, backward, no light . The Zoo can not think critically, that’s why I will be arrogant to them, I went to school I am educated, I am refined, I will obliterate you within two minutes if you debate with me . I will demolish you . We are educating ourselves tonight on why a blackman is evil .” Nnamdi Kanu said.

Nnamdi Kanu said that when the British came, they saw the light in Biafraland in Arochukwu . He also said three people make up Biafra, the Igbo people, the house of Gad and his nephews , Ephraim and Manesah. There were Ndi Igbo the ancient people there. He explained that the first wave of migrants came from Egypt , Sudan, Niger, Yoruba land into Igbo land, first wave which was the house of Gad. The second wave, the house of Ephraim and Manaseh came from Samaria through Egypt, through Djibouti went through the upper lands of Ethiopia through the Afar region of Ethiopia, proceeded through the Central African Republic , into Cameroon and into Biafra land . He added that not all Biafrans are Israelites .

The IPOB leader talked about a mythical river of stone that took Jews to every part of the world, the river is called Sambation . The river according to him, flowed beyond the rivers of Abyssinia (Ethiopia) and that the location where Igbos settled is were River Sambation is located.

“The river was mentioned in Second Kings, the river flows past Abyssinia and after Abyssinia is the Kingdom of Biafra .” He said .

Related Topics:BiafraEthiopiaNigeriaNnamdi Kanu
Up Next

BIAFRA : Nnamdi Kanu Speaks On Jews , Prayer And Why Nigeria Must Split