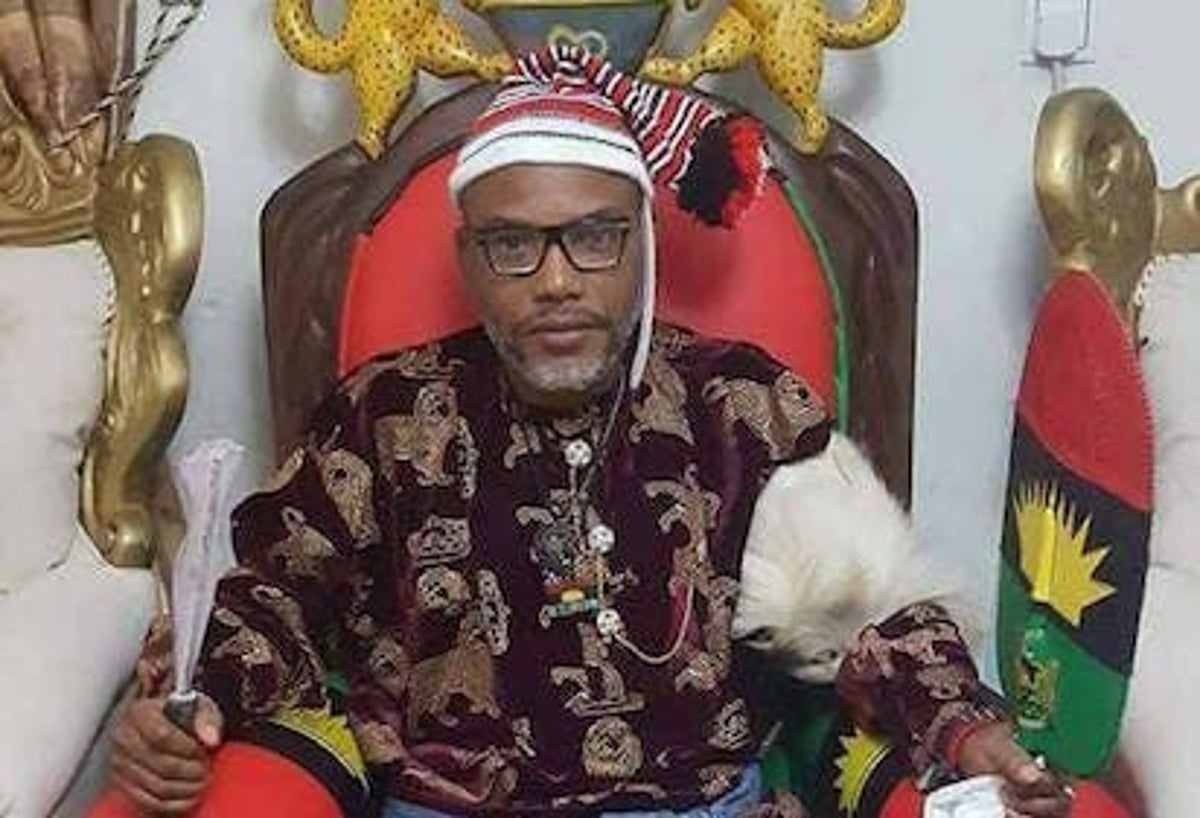 Nnamdi Kanu who has severally called the Yorubas unprintable names has repented,he has all attacks on Yorubas must seize.

NAIJA NEWS NG reports that the IPOB leader has said he wants to work with those working for the actualization of Oodua Republic.

Nnamdi Kanu said all attacks on Oduduwa people must seize . 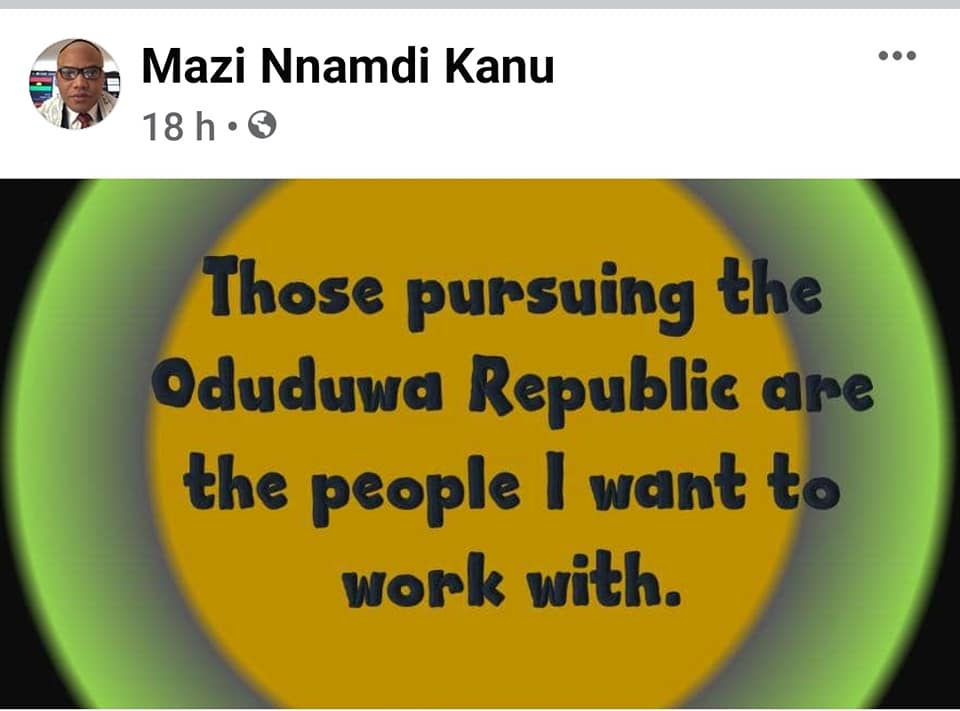 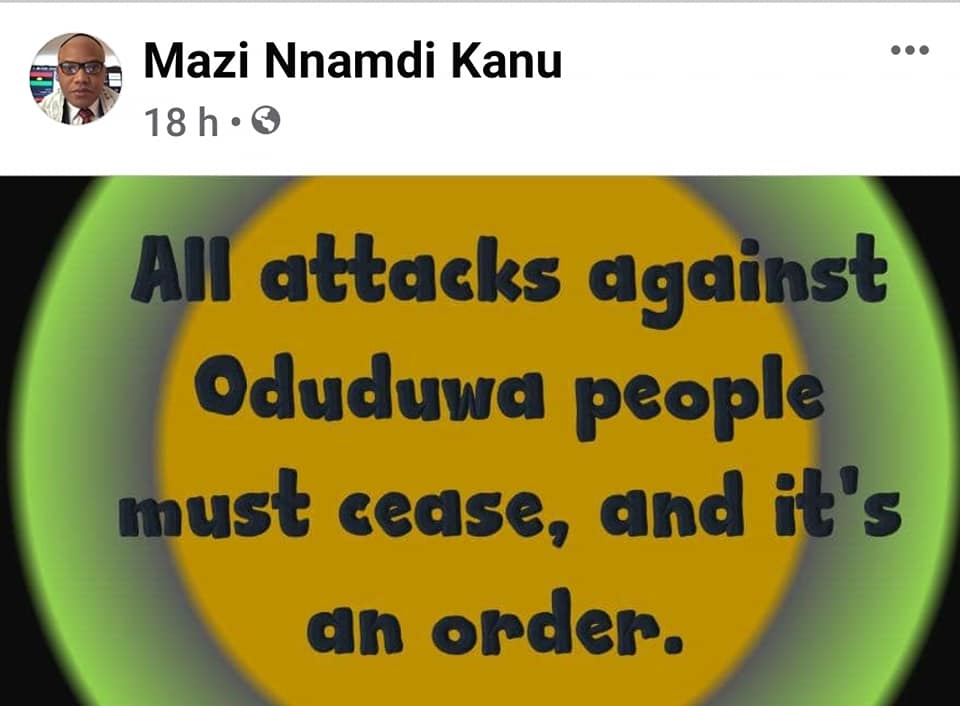 “Nnamdi Kanu have seen that the LNC succeeded in getting the consent of the three major regional blocks which are the Middle belt, Yoruba World CONGRESS (YWC) and South East/South South under the umbrella of Lower Niger for the constitutional forcemajore which would lead to the abolition of the Nigerian constitution followed by referendum and etc, hence he is making a frantic effort to begin to chart course with Maiyegun the Yoruba Facebook activist or any Odùduwà activist sọ as to remain relevant in the fight for bringing Nigeria to disintegration.
The same Yoruba he taught his followers to hate just like he taught them to hate the Hausas/Fulanis as well, now he want to command them now to stop

all attacks on them.
My people how and when have you descended this low? That someone would tell you when to hate and when to stop hating people.
Very soon he will also tell you to stop

The Real Reason Oshiomhole Is After Me – Obaseki Reveals

IPOB Bans Members From Listening To Anyone Exposing Nnamdi Kanu