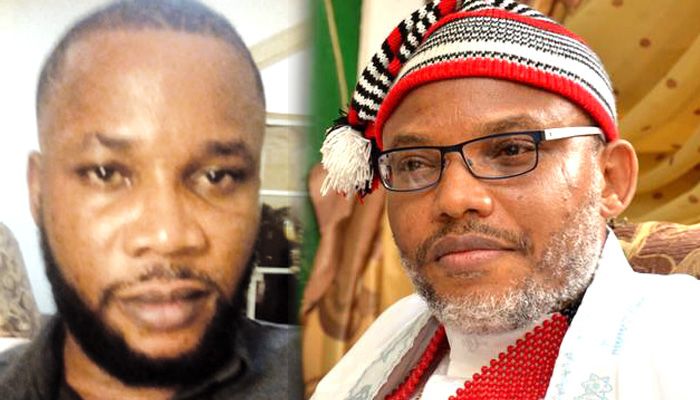 NAIJA NEWS NG gathered that there was an election to elect a new king which the Kanu family is interested in retaining after their father who was installed by Orji Uzor Kalu died but lost out because after the death of the patriarch, the throne was moved out of their family.

We gathered that after the family’s candidates lost out, the village was turned into pandemonium . They used the village town crier to announce that Biafra has come and they have taken over the village Chairman and will change the King.

Eze Afara who is the Chairman of the community told Ijele Speaks who broke the news that there is trouble in Afaraukwu , he said the family is causing trouble .

Nnamdi Kanu’s brother also has been accused of collecting $2000 to process Israeli visa for people but never delivered.

Village politics is like this how’s Biafra going to be?”